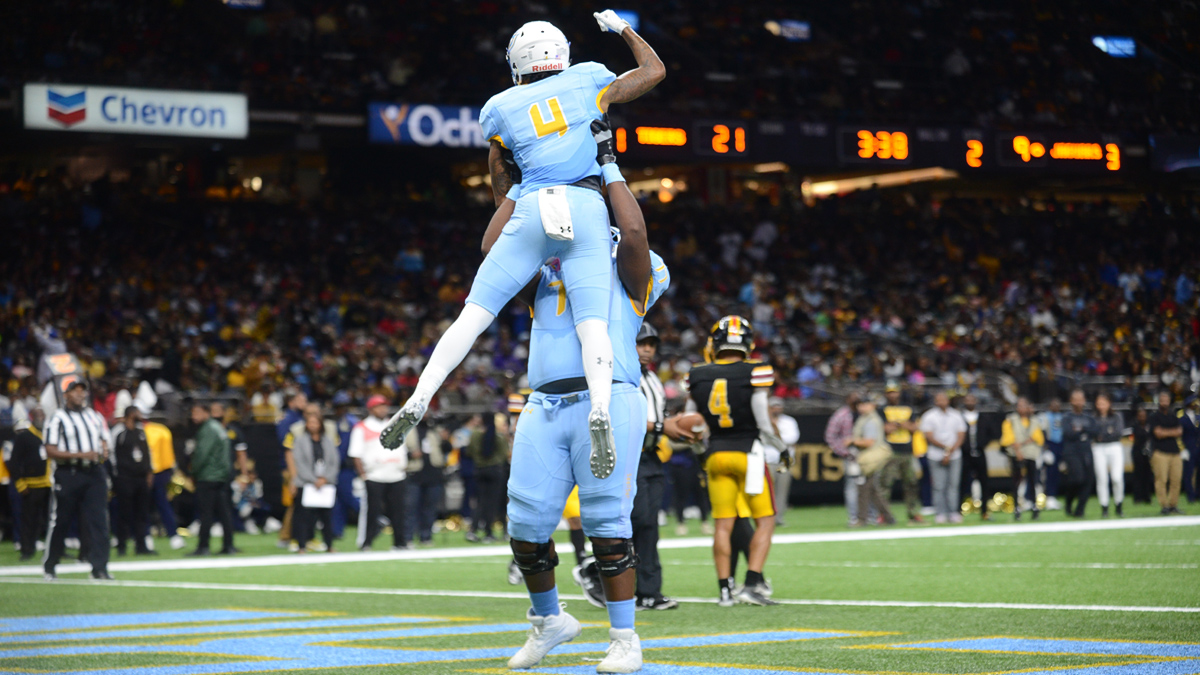 It was another Bayou Classic for the ages, but in the end Southern was just a little bit better and is head back to the SWAC Championship Game.

Once again the Bayou Classic lived up to the hype.

The game went down to the wire but in the end, Southern came back from a big first-half deficit to claim a 30-28 win in the 46th Bayou Classic. The win not only ended its rival’s season, but put Southern back in the SWAC Championship Game for the second year in a row.

A total of 68,314 fans packed into the Mercedes-Benz Superdome and they definitely got their money’s worth.

The game was in doubt until Southern blocked a potential game-winning field goal from Miguel Mendez with six seconds remaining in the game to secure back-to-back SWAC West titles.

LaDarius Skelton had a big night with his arm, throwing for two touchdowns and while completing 18-of-25 passes with no interceptions. He was named the game’s MVP for the second year in a row. Running back Jarod Sims ran for 89 yards and two scores on just 17 carries for the Jaguars, including a 36 yard run that proved to be the go-ahead score with 14:11 remaining in the fourth quarter.

Early on it looked like Grambling was ready to run Southern out of the dome. It scored on the opening drive, with Hickbottom finding Davis for a 12-yard score to gain a 7-0 lead. SU would get on the board with the field goal on its first drive.

Grambling would continue to forge forward, going up 21-3 with 8:45 to go in the second quarter, and had a drive going, but stalled and resulted in a missed FT. Southern would come up with 14 quick points of their own to cut the deficit to 21-17 at halftime.

Southern will travel to Mississippi next week to face Alcorn State in the SWAC title game for the second year in a row. Alcorn beat SU in last year’s championship game as well as the team’s matchup earlier this season.