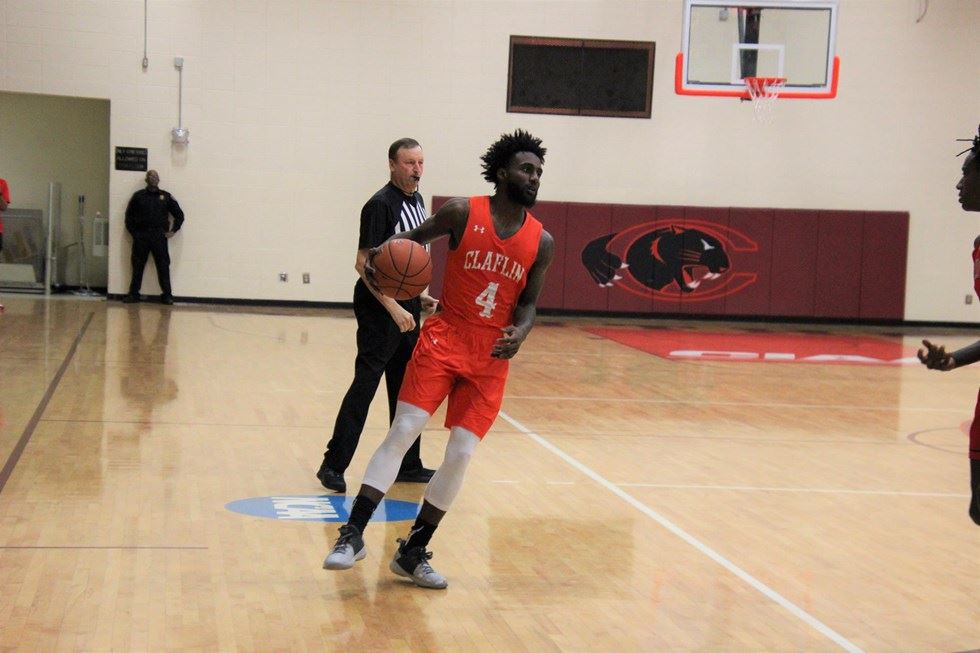 Four game losing skid for Claflin is now over.

The win ended a four-game losing streak by Claflin, improving the Panthers season record to 2-5 overall and 1-2 in the CIAA.

Letrell West led the Panthers in scoring with 12 points followed by Devin Smith at 10 points.

Jailen Williams came off the bench to score nine points, while Nkem Ojeh and Rodney Prichard added eight points each.

WSSU, now 4-3 overall and 2-1 in the league, was led by Jonathan Hicklin with a game-high 18 points.

Over the next eight minutes, WSSU pulled within seven points on three occasions.  The Rams cut the Panthers lead to five points at 58-53 with 26 seconds but could get no closer.

The first half was a low scoring affair for the first 17 minutes as the contest was tied at 12-12. The Panthers used three free throws, one coming as a result of a WSSU technical foul, to take a 15-12 lead at the 4:48 mark.  Antonio Bussey had two of the Panthers free throws and West had the other.

Claflin increased its lead to 21-15 at the half by scoring six of the last nine points in the period.

Both teams had problems shooting from the field in the first half as the Panthers were 9-for-34 (26.5%) and WSSU managed just 6-for-23 (26.1%). Neither team made a three-point basket as WSSU unsuccessful in eight attempts and while Claflin missed all its 10 shots.

Claflin will travel to USC-Aiken on Wednesday (Dec. 4) before returning home to face Savannah State University on Friday (Dec. 6).