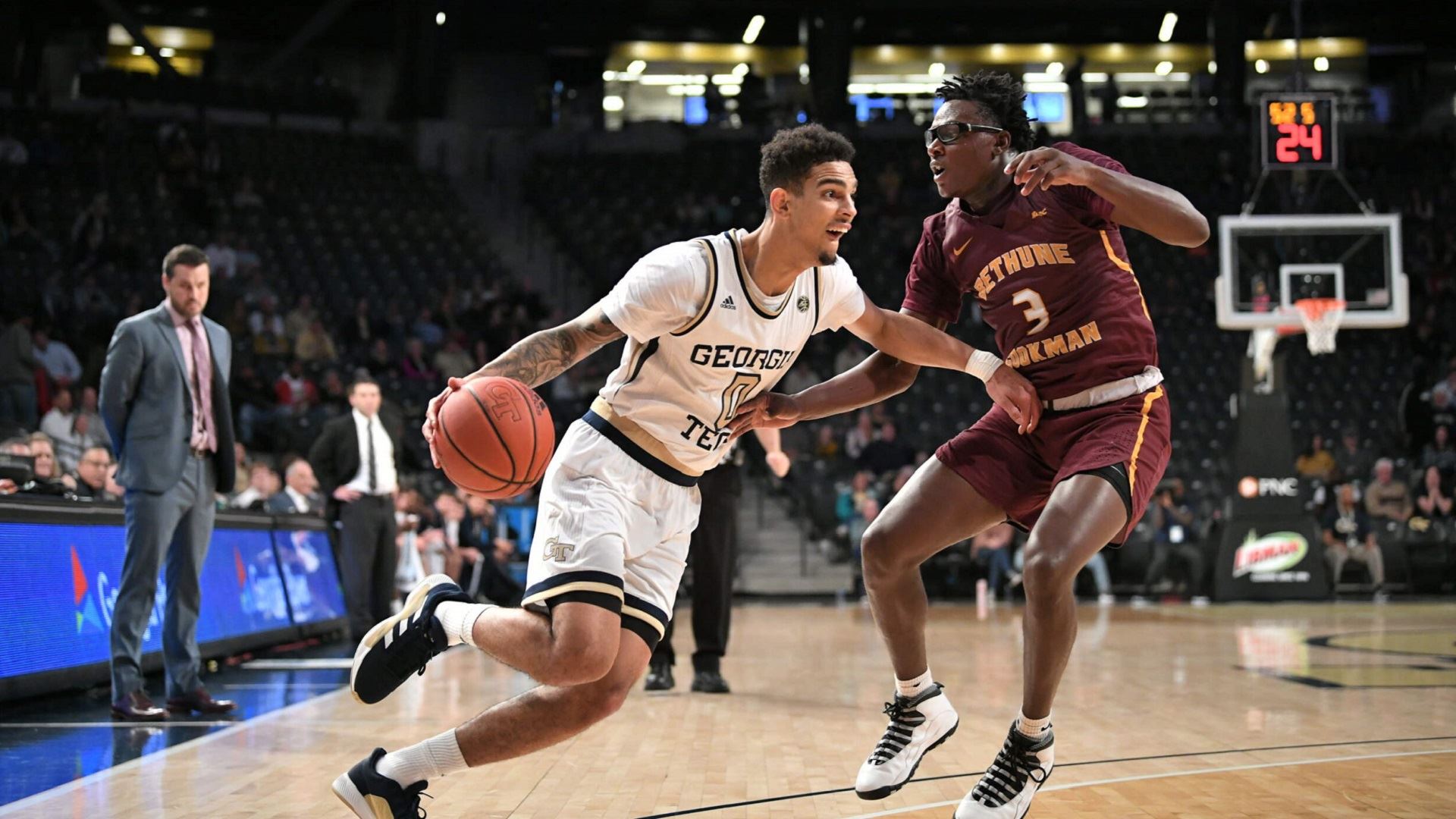 The Wildcats are impressive in a near upset for the ages

ATLANTA–Bethune-Cookman nearly pulled a “Grambling” on Sunday in Atlanta, but just barely missed out on an upset bid against Georgia Tech.

The Wildcats (5-3) lost 68-65 to the Yellowjackets (3-2), despite leading for 21 minutes. Cletrell Pope tied the game on a dunk with 28 seconds remaining but Michael Devoe converted an and-one with seven seconds remaining for the victory.

Moral victories aren’t very popular in college athletics but afterward, coach Ryan Ridder didn’t have much to hang his head about.

“I’ll tell you what I told my team – I’m really, really proud to be their coach. And not because a win or a loss or because we competed. But as a coach you love your guys to emulate playing the right way. I thought tonight and this season we’ve had guys who are putting winning above themselves,” Ridder said.

A terrible night at the free-throw line kept BCU in the game. Georgia Tech was 9 of 19 in the second half.

The player of the game was clearly Cletrell Pope. He chipped in 20 points and snagged 19 rebounds for his 29th career double-double.

“He plays really hard… he’s really wiry and strong. He’s got a great second bounce. He’s just relentless. When the shot goes up, it’s like an all-you-can-eat buffet,” Ridder said.

BCU held the biggest lead of the night when it jumped out to a 20-10 lead in the first half. The Wildcats held a two-point margin at halftime, before the back and forth second half took off.

Bethune-Cookman doesn’t have time to let this one marinate, the Wildcats are back on the road Tuesday at Stetson.