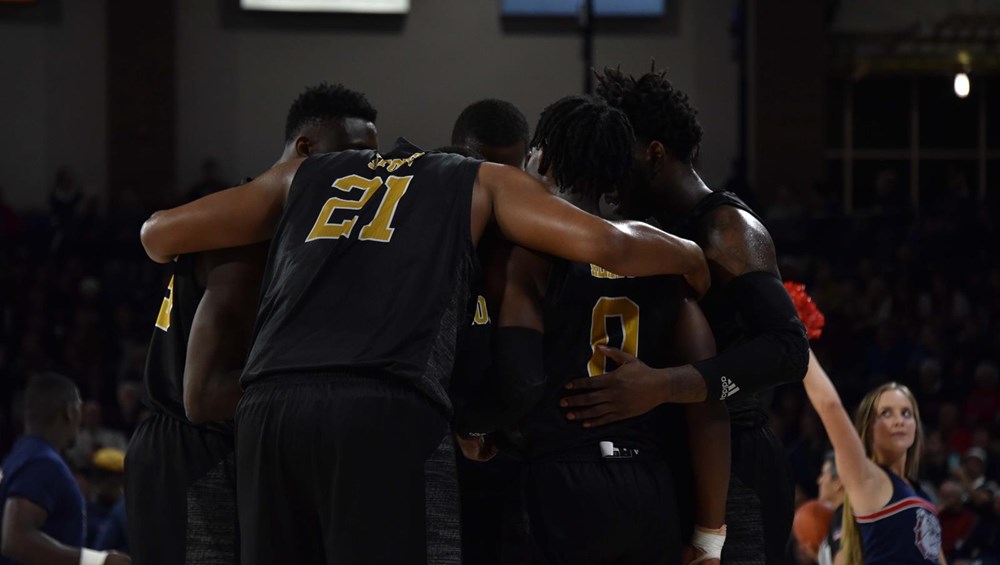 Prairie View gets the check and the win

SAN ANTONIO –  A week-long layoff was no issue for Prairie View A&M men’s basketball as three players scored in double figures during a 79-72 win over Texas-San Antonio Saturday evening at UTSA’s Convocation Center.

The Panthers move to 3-5 on the season heading into December.

Senior Gerard Andrus continued his recent tear with a team-high 20 points on 8-of-11 shooting to go with 10 rebounds. Senior Darius Williams added 15 points, and junior Lenell Henry notched his first double-double as a Panther with 14 points, 10 rebounds and three blocks.

NICEVILLE, Fla. | Three players scored in double figures for Alabama State and the Hornets held Chicago State to just one field goal in the first nine minutes to give head coach Lewis Jackson his 200th career victory with a 67-54 win at the Emerald Coast Classic Saturday morning.

Brandon Battle led Alabama State (1-6) with a career-high 14 points and added three rebounds, three blocked shots and a pair of steals in the win. He was joined in double figures by Tobi Ewuosho with 13 points and eight rebounds, while Jacoby Ross added 11 off the bench. Leon Daniels added eight for the Hornets in their first win of the season.

Texas Southern opened its home schedule in thrilling fashion as the Tigers held off Lamar 76-73 Saturday night inside the H&PE Arena.

The Tigers would begin to chip away at the lead over the remainder of the half as the duo of Tyrik Armstrong and John Walker III went to work. The duo combined for 13 points and led a late TSU charge as Lamar’s lead dwindled down to 35-34 with 1:40 remaining. Lamar’s Davion Buster hit 2-of-3 free throws with 1:16 left for a 37-34 lead but TSU’s Chris Baldwin hit a jumper to stay within 37-36. Lamar’s David Muoka answered with a layup off a putback at the 35-second mark but TSU’s Justin Hopkins ignited the crowd on the ensuing possession as his trey tied the game at 39-all with four seconds remaining as both teams went into the break tied at 39-all.

The Tigers upped their offensive intensity to begin the second half as they led 54-48 after John Jones’ trey at the 11:49 mark. Lamar would tie the game once again three minutes later but Walker III stepped his game up with six points over the next two minutes to spark a 10-2 TSU run for a 66-58 lead. However, Lamar refused to go away as TSU’s offense stalled while Lamar woke up as they closed to within 71-70 as the clock read 2:03.

TSU would survive three consecutive missed baskets by the Cardinals over the next minute and picked up some much-needed insurance as Armstrong hit a floater in the paint with 35 seconds left. Lamar would draw a TSU foul on the ensuing possession but went only 1-of-2 from the charity stripe as the Tigers led 73-71 with 20 seconds left. Lamar fouled TSU’s Chris Baldwin on the next possession and Baldwin hit 1-of-2 but Lamar answered with a layup in the paint to trail 74-73 with six seconds remaining.

TSU’s Bryson Etienne hit both free throw attempts at the five-second mark to up its lead 76-73 and the Tigers held ground as Lamar’s game-tying three-pointer fell short at the buzzer.