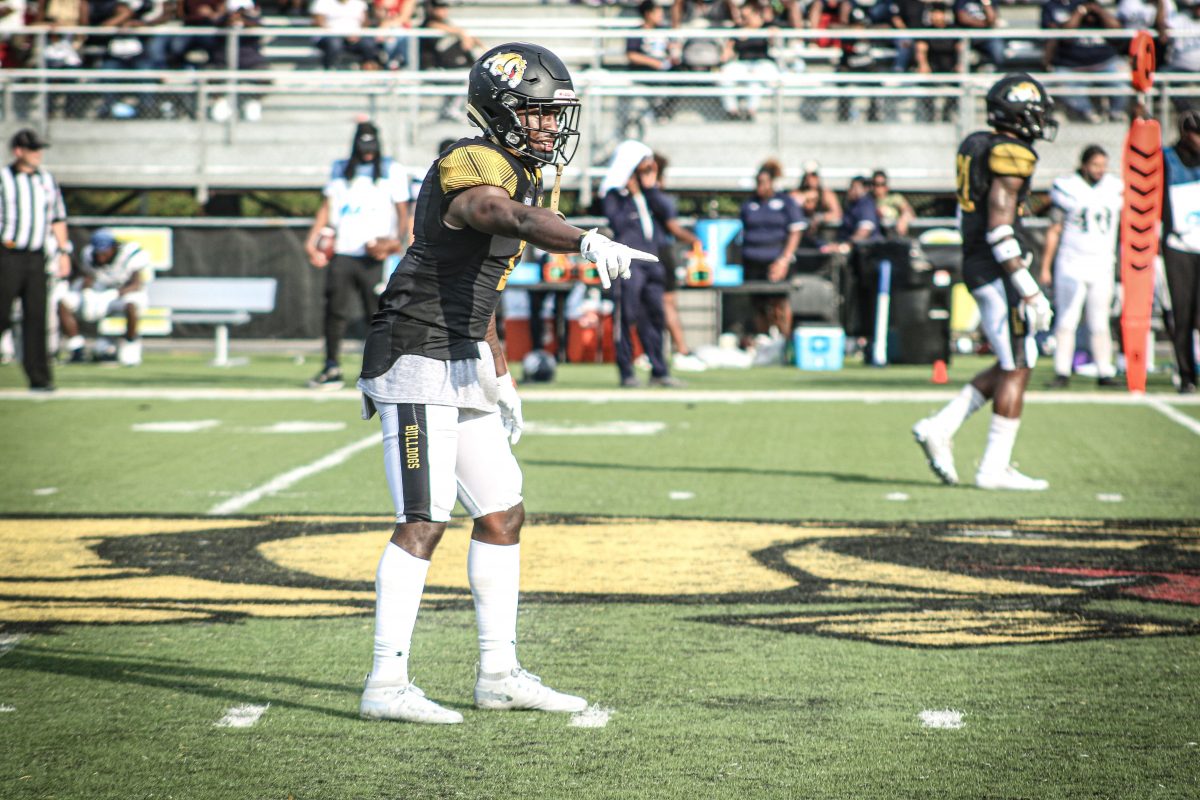 Bowie State’s undefeated streak came to an upset end in the first round of the NCAA D2 Playoffs on Saturday afternoon.

BOWIE, MD- The Bulldogs’ staple season ended on Saturday afternoon with a 17-9 loss to Carson-Newman in the NCAA Region 2 Opening Round. Quarterback Ja’rome Johnson finished with 263 yards and a touchdown through the air and led all rushers with 98 net yards. Receiver Dushon David led with five catches for 77 yards and a touchdown.

After both teams exchanged opening drive punts, Carson-Newman was the first to score. BSU found the end zone on its next drive with a Johnson David 33-yarder to tie the game at seven. Both teams then turned the ball over on downs. The Bulldogs capitalized on ideal field position with a sack in the end zone to take a 9-7 lead with 1:32 left in the first quarter. BSU didn’t put any points up for the remainder of the game. C-N was shut out in the second quarter, but put up 10 points in the second half.

Johnson, the CIAA’s Offensive Player of the Year, concluded his first starting season as a double-category leader. He finished with 1,860 passing yards with 22 passing touchdowns and 996 yards with 12 touchdowns on the ground. On the other side of the ball, sophomore defensive back Demitri Morsell made a huge impact. Morsell earned CIAA Defensive Player of the Year with nine interceptions for 235 yards and three touchdowns, tied for second in the nation.

Head Coach Damon Wilson is proud of not only his team’s effort on Saturday, but the overall season. While recognizing how easily it can happen, he wants to ensure that their accomplishments aren’t overshadowed by how the season ends moving forward.

“When it’s time to go back to work, winter workouts, that sort of thing, we’ll be ready to roll.”