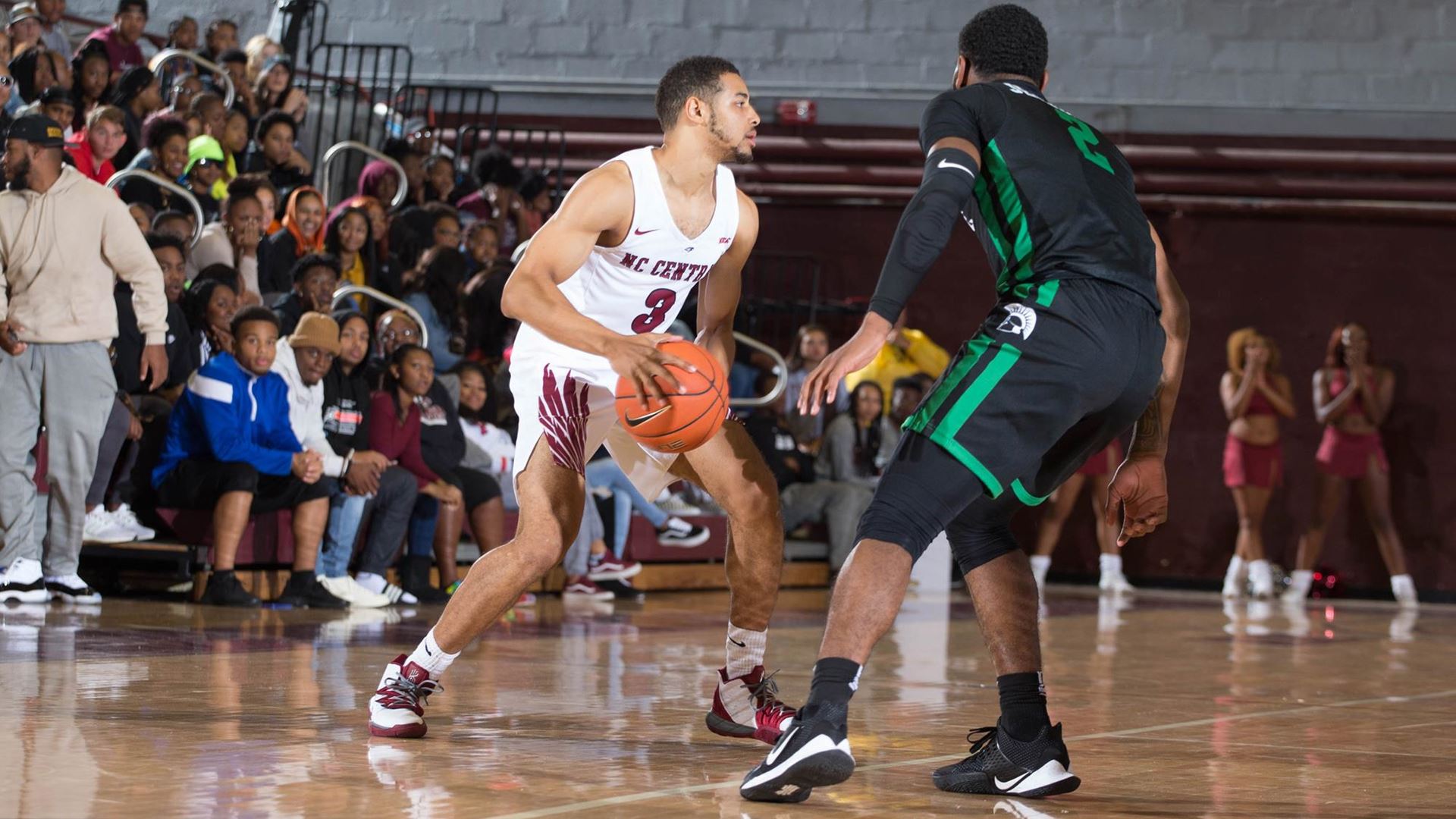 Free throws the difference on the road for NCCU

North Carolina Central University ignited a 9-0 run in the second half to draw within two, but cold shooting hampered the Eagles as Akron pulled away with a 57-47 win inside James A. Rhodes Arena on Friday, Nov. 15.

Arkon (2-1) amassed a large lead in the first half as NCCU (1-2) succeeded on just one three-point attempt in the first 20 minutes, leading to a 27-15 advantage for the Zips at the break.  The second half proved a different story as the Eagles out-shot the Zips, but Akron made 16 free throws in the second period to keep the Eagles at bay.

Ty Graves (Greensboro, N.C.) put up a team-high 10 points all in the second half along with five rebounds, and Jibri Blount (Pittsburgh, Pa.) was right behind him with a near double-double of nine points and eight rebounds.  Justin Whatley (Chesapeake, Va.) made his first appearance of the season with eight points and four rebounds, and Nicolas Fennell (Bowie, Md.) filled the stat sheet with seven points and five boards.

The Eagles remain on the road to face nationally-ranked Louisville on Sunday, Nov. 17.