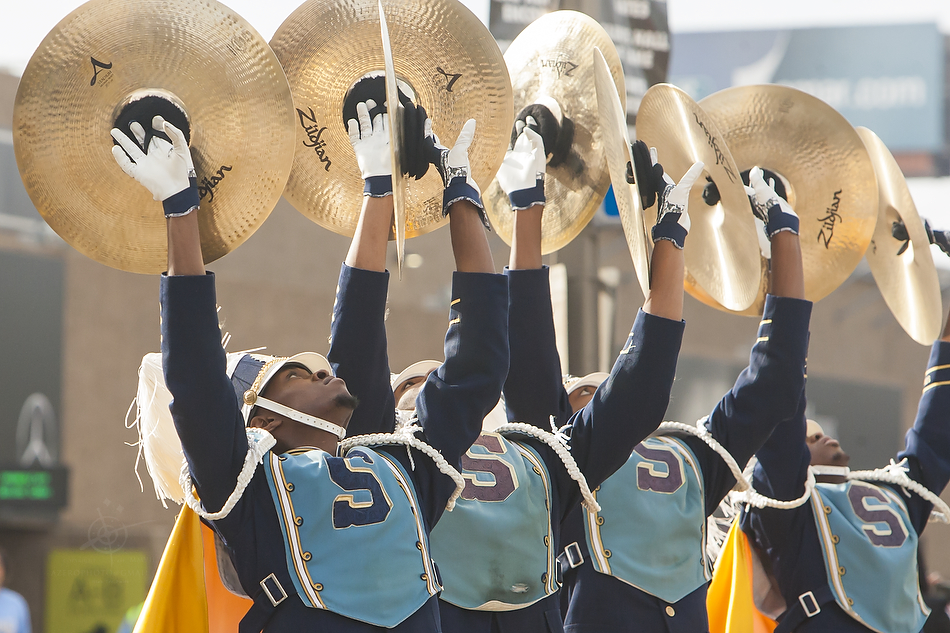 On Saturday in Jackson, Mississippi one of the premier rivalry games in all of college football will be played between Southern and Jackson State. The teams first met on November 30, 1929, a 98–0 win by Southern. They did not play again until 1958 when Jackson State joined the SWAC.

Since then, the conference rivals have played each other every year and twice in 1999 and 2013, when Southern defeated Jackson State in SWAC championship games. In fact, both schools are among the most successful SWAC members. Through 2017 Southern has won the second-most SWAC football titles (19) while Jackson State has won the third-most with 16. Southern and Jackson State boast the two largest fan bases in the SWAC and two of the largest fan bases in all of FCS. The completion from the field spills over into both sets of fans. Southern and Jackson State fans both want to show which school supports their team the most and who travels and tailgates the best.

This rivalry even stretches to the marching bands who are well respected in the realm of HBCU Marching Bands. Jackson State’s “Sonic Boom of The
South” and Southern s “Human Jukebox” both have followings of their own. Outside of an intense game on the field, the rivalry between these two bands are just as intense and is followed closely by “band heads” across the HBCU landscape. The marching bands play such a critical role in this rivalry that bandsmen have dubbed this rivalry “The BoomBox Classic”.

A year ago Jackson State was beaten 41-7 in Baton Rouge which ended the Tony Hughes era in Jackson. In stepped then defensive coordinator John Hendrick who would help lead the Tigers to wins in 2 of their final 3 games and were 1 game away from a SWAC Eastern Division title. Because of the strong finish, Hendrick’s interim tag was removed and he was named the new head coach at Jackson State.

Jackson State came into 2019 with high expectations but the Tigers got off to a rough 1-5 start before winning 3 games in a row to get them back in the conference title race. Last week the Tigers lost a heartbreaker to Alabama A&M on the road 48-43 but their Eastern Division hopes remain alive thanks to a Grambling State upset over Alcorn State. Because of this the Tigers still have an outside shot at an Eastern Division crown but in order to keep hopes alive, they must win their next two games starting with Southern on Saturday.

With a 3-2 conference record and 4-6 overall record, the Tigers must win out and hope for multiple upsets in order to reach the conference title game. The Tigers have seen the emergence of Jalon Jones over the past few weeks which has given Tiger fans a renewed sense of confidence. Defensively the Tigers are led by sophomore linebacker Keonte Hampton who’s ranked second in the conference with 95 total tackles with 10 of those being tackles for loss. Hampton will need to have a big day if Jackson State is to slow down a Southern rushing attack that leads the SWAC.

Southern head coach Dawson Odums made his debut as a then-interim head coach in this game in 2012. That day Odums lead Southern to a 28-21 win over a Jackson State team which was heavily favored. Odums was named the permanent head coach in 2013 and since then he enjoys a 7-1 record over Jackson State including winning 6 in a row in the series. Coach Odoms and the Jaguars come into Saturday’s game in the driver’s seat as far as the Western Division title. The Jaguars are coming off of a tune-up against Virginia-Lynchburg where they took care of business as expected and avoided injuries.

Take that for data

Quarterback Ladarius Skelton has come into his own the last three weeks passing for 505 yards, 4 touchdown passes and zero interceptions. Skelton has also added 301 yards rushing and 4 rushing touchdowns over that same time frame. Offensively Southern boasts the league’s number one rushing attack with an average of 224.9 yards on the ground per game and 2,249 yards on the ground as a team.

The Jaguars stop the run just as well also. Southern only surrenders 102.7 yards per contest on the ground and is ranked 4th in total defense in the conference. History tells us that Saturday’s game between the Jags and Tigers will be tightly contested and very intense. Despite winning the last 6 meetings the average margin of victory has only been 16 points.

Jackson State needs this win to change a culture, and to have an outside chance at a conference title game. Southern needs this game to stay in the driver’s seat in the race to another SWAC Championship game berth. Football fans will be entertained by the play on the field, band heads will be entertained by the battle between the Juke and the Boom, and everyone will be impressed by the atmosphere of Saturday’s game. This is one rivalry that literally has something for everybody!