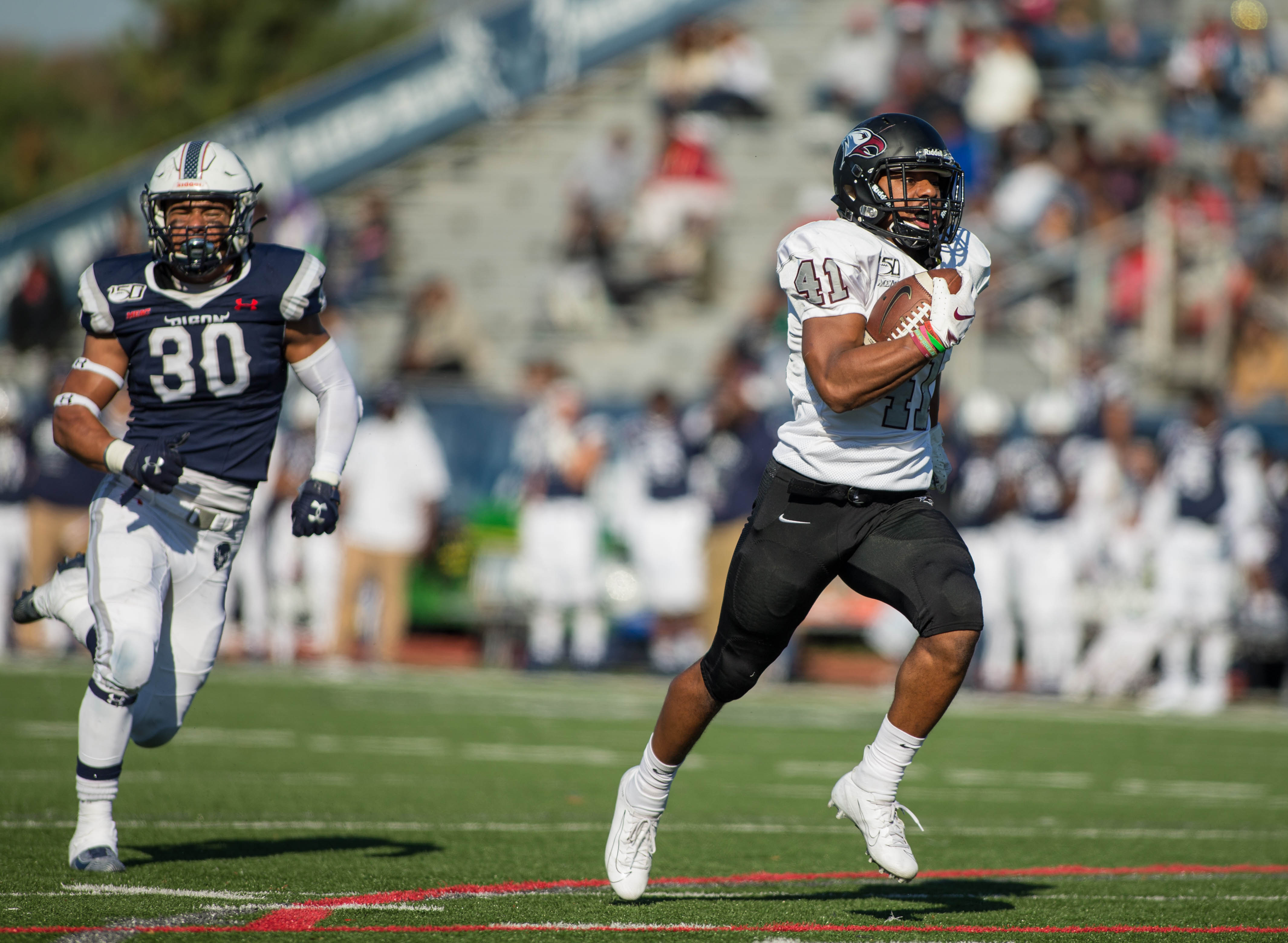 NCCU stays in the hunt with a win over Howard

WASHINGTON, D.C. – North Carolina Central University broke open a one-possession game at halftime by exploding for three touchdowns after intermission to cruise to a 28-6 conference victory over Howard University inside Greene Stadium in the nation’s capital on Saturday.

All three NCCU running backs found the end zone, topped by redshirt freshman Latrell “Mookie” Collier with a two-yard touchdown rush and a 39-yard catch-and-run for a score. Junior Isaiah Totten amassed a game-high 90 rushing yards on 17 carries for the visiting Eagles, including a 5-yard touchdown as the only score in the first 30 minutes. Junior Jordan Freeman broke two tackles then raced to the end zone for 37 of his 40 ground yards.

The NCCU defense held Howard scoreless until the final minute of the contest. The Eagles registered seven sacks, including 1.5 each by senior Darius Royster and sophomore Jessie Malit, and junior Bryan Mills tallied his fifth interception of the season. Royster, the league leader with 8.0 sacks, and senior Deonta Fair collected a team-high six tackles apiece.

NCCU has now won eight straight against the Bison, with Howard’s last victory in the series coming in 1994.

Up next, NCCU hosts Norfolk State for homecoming on Nov. 9 at 2 p.m. inside O’Kelly-Riddick Stadium.

NCCU stays in the hunt with a win over Howard