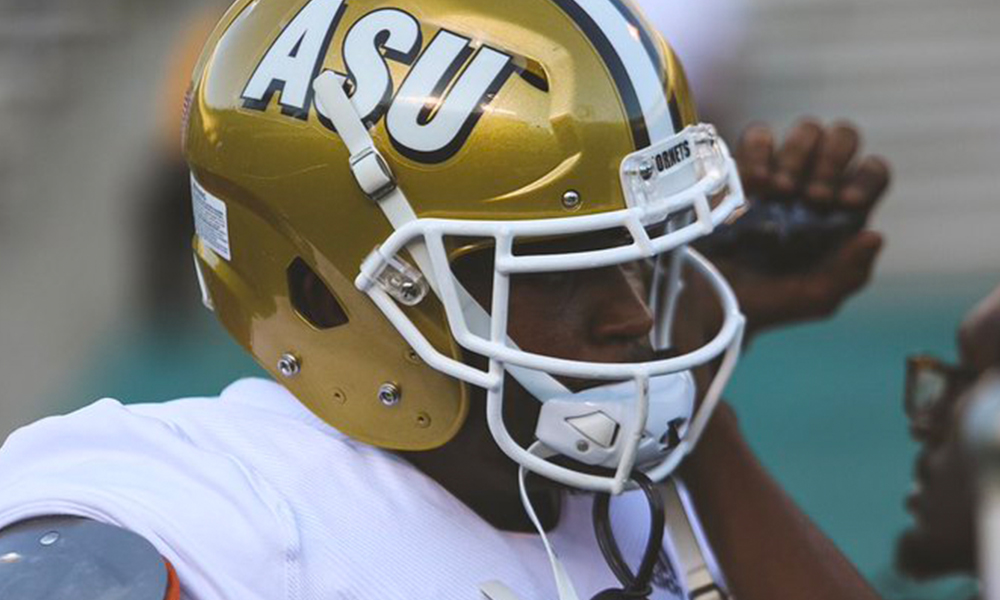 Seven different receivers pick up receptions for the Hornets

The last time the Hornets recorded a shutout came October 6, 2012 against Texas Southern, a game in which the Hornets claimed a 45-0 win.

KHA’Darris Davis led the offensive effort for the Hornets with 199 yards on 20-for-27 passing with a touchdown, connecting with seven different receivers in the win. Jahod Booker and Tyrek Allen each caught five passes, with Booker going for 91 yards and a touchdown.

Ezra Gray led a rushing effort for the Hornets with 70 yards on seven carries, while Duran Bell finished with 46 yards on eight carries. Naytron Culpepper, Devon Booker and Colton Adams each led the Hornets defensively with seven tackles each.

After a scoreless first quarter in which Mississippi Valley State dominated possession, Alabama State got on the scoreboard first with a three-yard run by Davis for a 7-0 lead with 9:16 to play in the half. They added to the lead with a two-yard run by Ezra Gray to push the lead to 14-0, before Hanson connected on a 39-yard field goal as time expired for a 17-0 lead.

The Hornets were able to get on the board again in the third quarter on a 52-yard pass from Davis to Jahod Booker that was deflected by a Mississippi Valley State defender into the hands of Booker for the score. The final points of the game came off the foot of Hanson from 40-yards out with 1:50 to play in the contest for the final margin.

Alabama State returns to action next weekend on the road at Texas Southern. Kick is set for 2 pm, with pregame at 1:30 pm on the Hornets Sports Network.