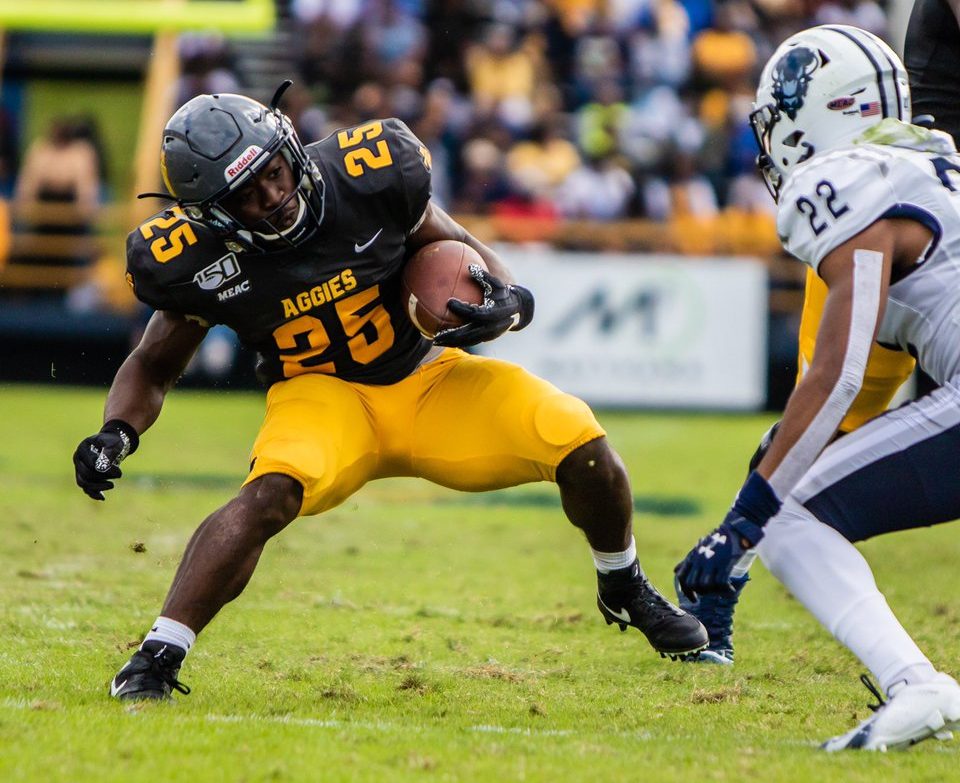 North Carolina A&T moved up to 16th in the poll following a dominating 64-6 win over Howard on homecoming Saturday. The win improved A&T’s record to 5-2, with its lone losses coming to FBS Duke and Florida A&M. A&T came into the week ranked 16th overall in the poll.

Florida A&M is right on its MEAC rival’s heel at no. 17 in the poll. FAMU moved up three spots from no. 20 after pulling out a solid 24-12 win over Morgan State on Saturday. Its lone loss of the season remains to FBS UCF in its opener as it has now won seven straight.

The SWAC’s top team, Alcorn State, again finds itself just on the outside of the top 25 as it was near the top of the list of teams receiving votes. South Carolina State, which is currently tied with A&T for first in the MEAC, also received several votes.