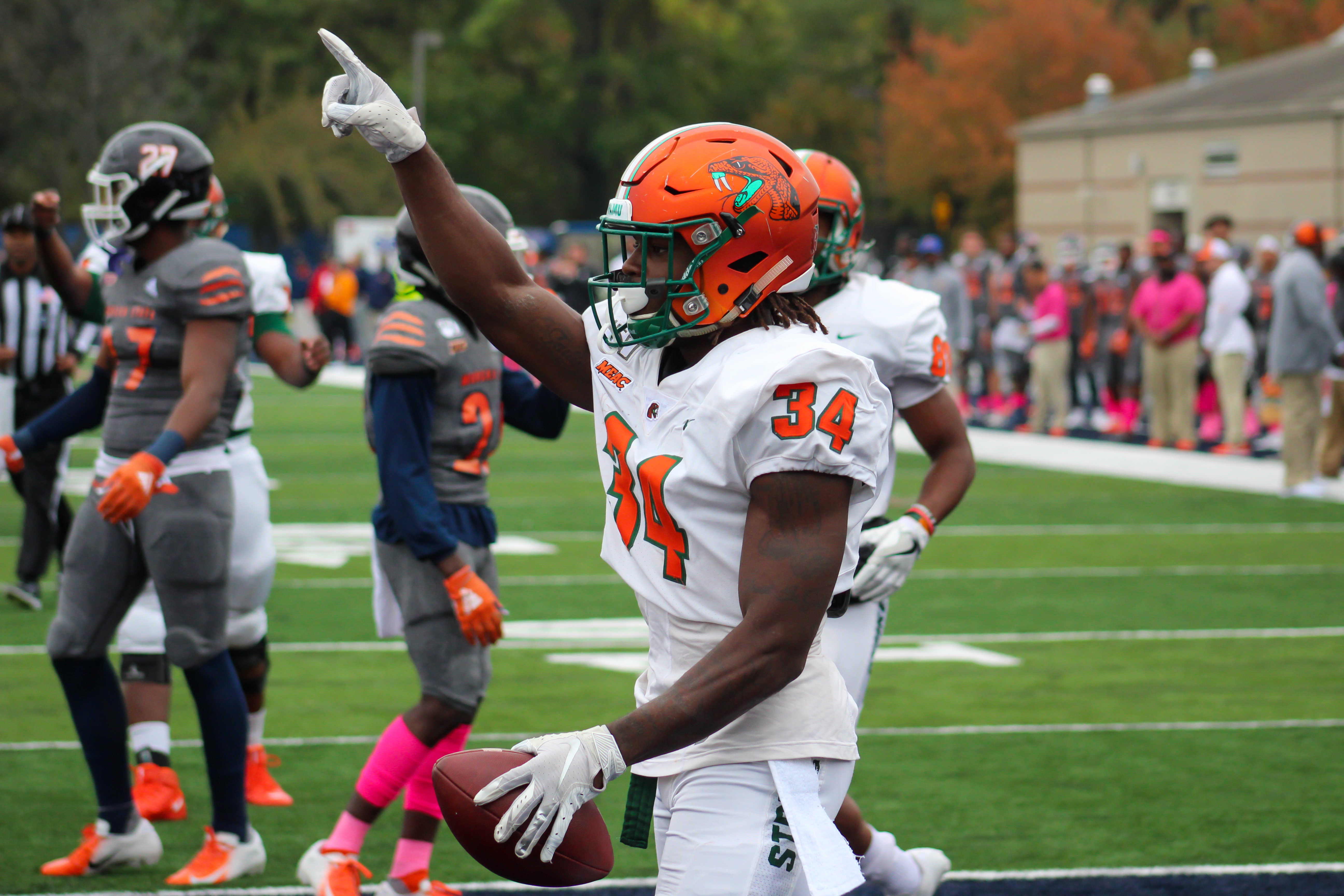 Rattlers strike the Bears in the Bears Den without Ryan Stanley

In its second game in the same calendar week, Florida A&M traveled to Baltimore to face a dragging Morgan State team. There were no confrontations or last-second heroics this week for the Rattlers. The Bears were struck as the Rattlers walked out of Hughes Stadium with a 24-12 win.

FAMU quarterback Ryan Stanley did not play in the game. Coach Willie Simmons kept Stanley on the bench to keep him healthy after being knocked out of their last game.

Rasean McKay stepped up and played well. He went 25 for 35 passing, throwing for 246 yards and a touchdown during the contest.

After letting up the first touchdown of the game, the Rattlers scored 17 unanswered points early in the contest. Davon Kendrick was key in their first touchdown drive. Terry Jefferson scored after picking up a fumble on defense, taking it 50 yards to the house. McKay scored the Rattler’s last touchdown in the 2nd quarter. He found Terrel Jennings from 21 yards out.

In the second half, only two points were scored. Manasseh Bailey blocked a Rattler punt in the early fourth quarter. During that stretch in the fourth, the Bears were stopped on 3rd down three times. They were stopped in the range that would force the Bears kicker to attempt 40+ yard field goals in each situation. And all three of those opportunities were squandered. The Bears punted and did not take a chance.

With that and the inconsistent quarterback situation, the Bears could not pull off the upset. DeAndre Harris started the game but was benched early in the first quarter. When returning, he threw his ninth interception of the season on his first pass. DJ Golatt threw for 138 yards but did not find the endzone.

The game wasn’t exciting but the team which made better decisions in tight situations came out on top. That team was Florida A&M and they are now 7-1 on the season. The Bears are opposite, falling to 1-7.

Norfolk State will be waiting for Morgan State next week. Delaware State will swarm into Bragg Stadium to face Florida A&M.