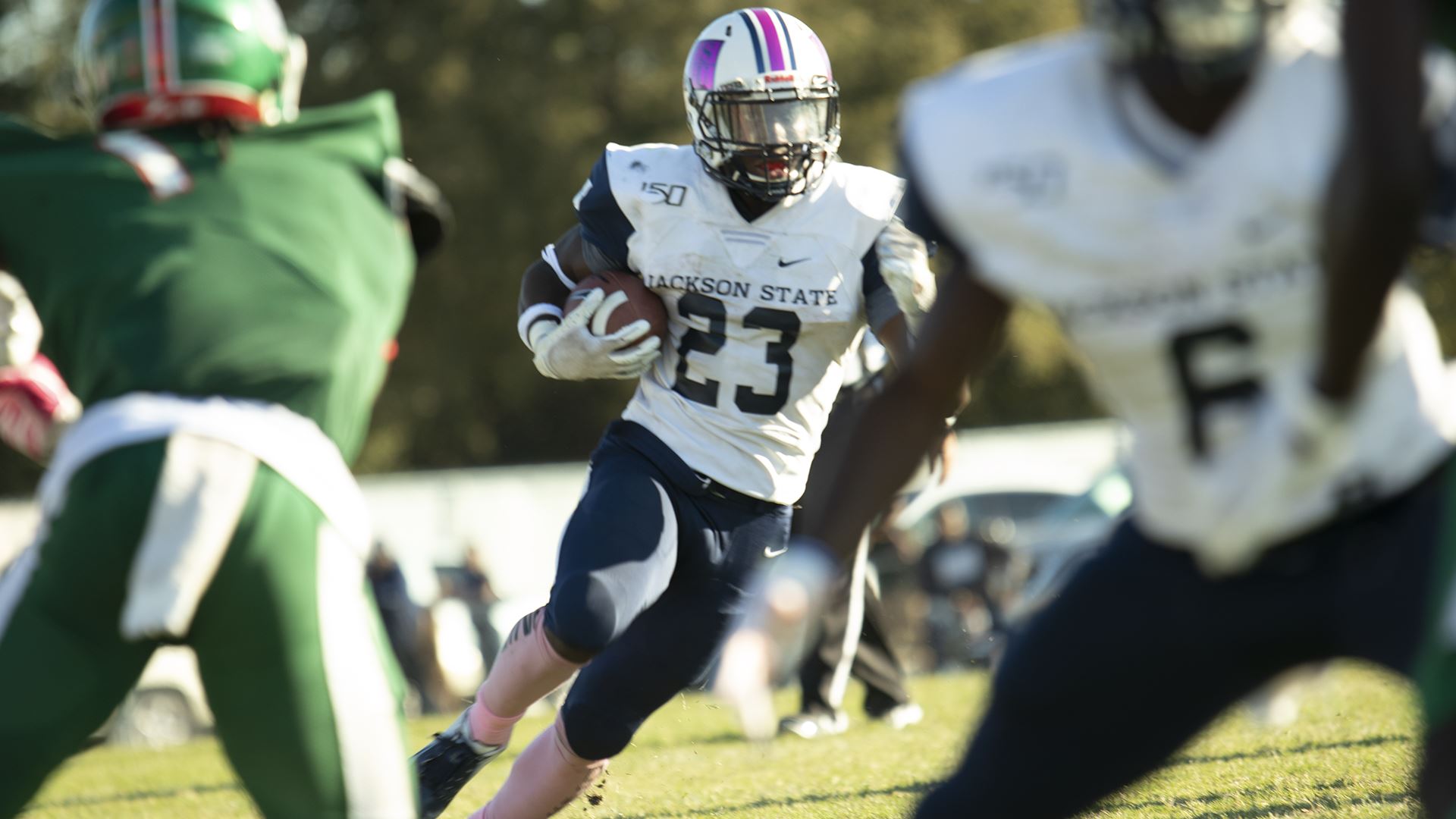 In state rivalry goes to overtime

JSU spotted MVSU a 21-0 second-quarter lead, but the Tigers clawed back and scored 28 unanswered points.

Derrick Ponder found DD Bowie in the corner of the end zone at 4:01 in the second quarter to put JSU on the board.

The Tigers stopped the Delta Devils on the opening series of the second half to force a punt and Warren Newman took advantage of the opportunity. The New Orleans native made a couple of jukes and spin moves down the sideline and dived into the end zone to cut the deficit to 21-14.

JSU tied the game on the final play of the third quarter when Ponder tossed a 12-yard strike to Terrell Kennedy III.

Freshman Kyamni Clarke scored his first career touchdown with 1:21 remaining in the fourth quarter to push the Tigers ahead, 28-21.

Clarke had his official coming-out party and rushed for 174 yards, which is the most by a JSU running back this season.

Ponder completed 17-of-26 attempts for 194 yards and two touchdowns and Bowie hauled in five passes for 50 yards.

Keonte Hampton delivered a game-high 12 tackles, one sack and two and a half tackles for loss.

JSU returns to the gridiron Thursday at Prairie View A&M, which is slated for an ESPNU national broadcast.