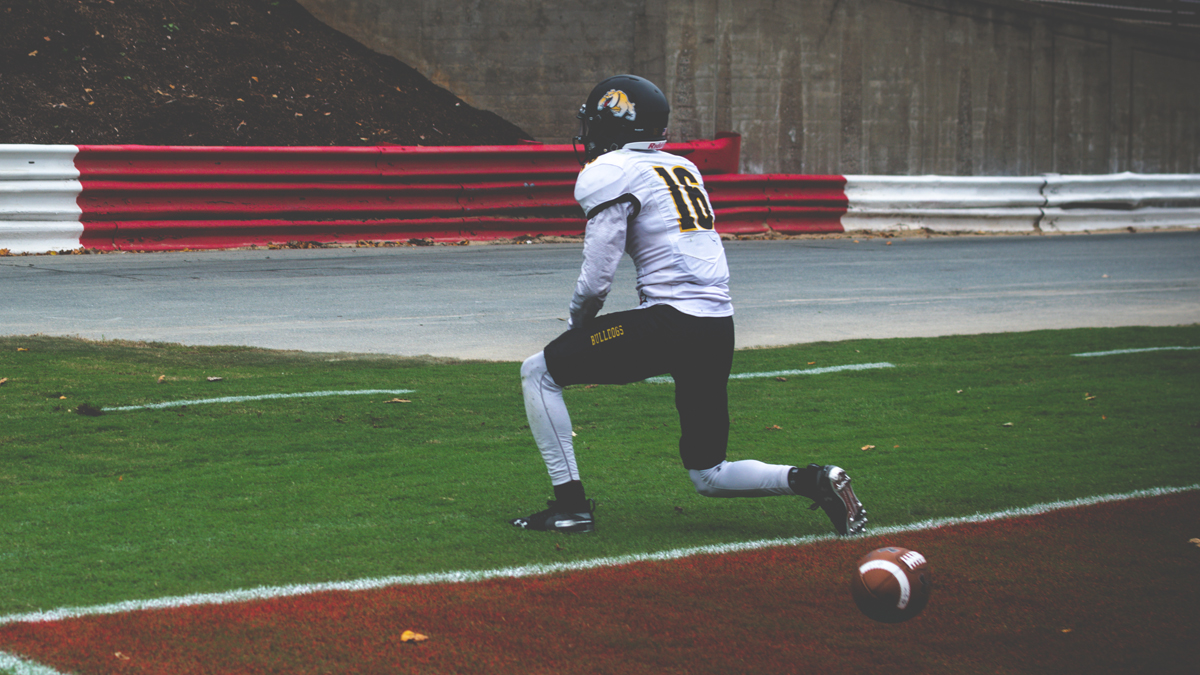 Junior quarterback Ja’rome Johnson led the way in the air and on the ground with a 300 yard, six-touchdown day. He threw for 97 yards and three touchdowns and added 193 rushing yards and three rushing touchdowns.

Chowan initially took control with a 10-3 lead to end of the first quarter. The Bulldogs then put on a commanding show on both sides of the ball, scoring 27 points and not allowing anything for the Hawks. Freshman wide receiver Victor Olayinka started the second quarter run with just over a minute off the clock grabbing a touchdown pass to cut the tail to 10-9, following the blocked extra kick. Following a 10-yard touchdown run from redshirt senior running back Adam Gillis just under five minutes later, it was calm until a junior running back Calil Wilkens touchdown with 2:29 remaining. A catch from redshirt senior receiver Geordan Clark in the end zone with one second left gave BSU a 30-10 lead going into the half.

The Bulldogs came out of halftime and duplicated their second quarter performance, again scoring 27 points and not allowing anything from the Hawks. This time, however, it was the quartback’s show.

Johnson scored three consecutive rushing touchdowns at 11, 57 and 40 yards each through just over six minutes. Deciding to give his legs a rest, he lobbed Derrick Kittrell a 29-yard touchdown pass to push the lead to a devastating 57-10 at the end of the third quarter. Chowan tapped back in on offense with 12:15 left for 49-yard touchdown run, but was quiet for the remainder of regulation. BSU’s Elisha McDonald rushed for a three-yard touchdown to secure the 64-17 victory.

The victory pushed the Bulldogs to 6-0 overall, 3-0 in conference play and secures their first division win for the season. BSU’s next action will be on the road at Virginia State on Saturday at 1 PM.