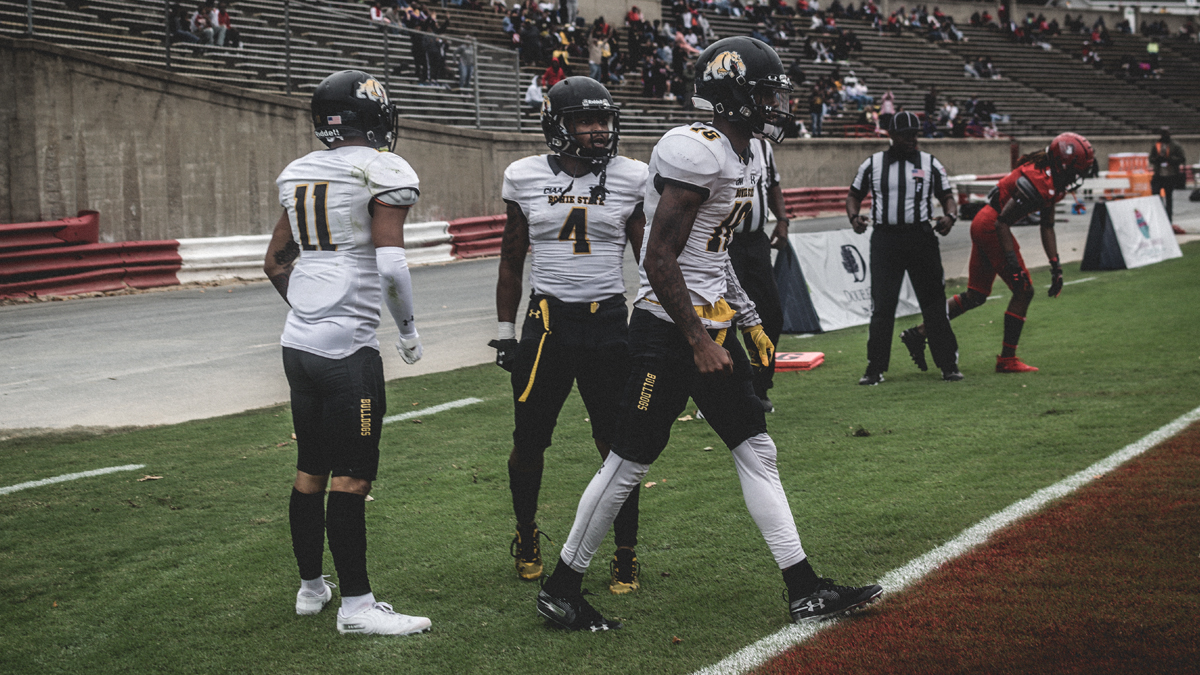 Bowie State remains unbeaten while Winston-Salem State tries to figure out how to stop beating itself.

WINSTON-SALEM, NC–Once upon a time, not long ago, Winston-Salem State carried the national flag for the CIAA. But over the past couple of seasons that torch has been passed to Bowie State and on Saturday it showed as BSU beat WSSU 23-13 on the road in Winston-Salem on Saturday.

Bowie State quarterback Ja’rome Johnson threw for one score and ran for another, a 23-yarder, as he finished with 122 yards on the ground. Demetrius Morsell led the way on defense with six tackles and two picks.

WSSU jumped out front in the second quarter. First there was a three-yard plunge by Farrell Murchinson to give the Rams the 7-0 lead with 11:14 remaining. Dominique Graves connected with Cameron Williams for a 20 yard score that left WSSU up 13-0 with 4:35 remaining. WSSU set up for a PAT, but it was blocked and returned 98 yards for the score.

BSU would then cut into the deficit further with Johnson’s touchdown run. It would take the lead late in the third quarter as Johnson hit Dushon David with 18 seconds remaining in the third quarter, capping a drive that started on the Bowie two-yard line.

The Rams would visit the redzone twice in the fourth quarter, but back-to-back interceptions by Graves continued to take points off the board and time off the clock. The final nail in the coffin occured with 28 seconds remaining as Graves was picked off by Singleton, who returned it for a 12 yard score.

Bowie State improves to 5-0 overall heading in to CIAA North play. Both Virginia State and Virginia Union are 4-1 and on its heels, but BSU is the defending champion and remains nationally ranked, so it should be looked at as the favorite.

That’s a position that WSSU held down in the CIAA for a long time. The loss to BSU was the third in a row to it’s CIAA North foe who now clearly holds the momentum in the series. But WSSU can’t ponder about how far it has fallen from its proverbial perch (its fans and opponents have that held down). At 1-4 after leading at the half of every game, it is just hoping to put four solid quarters together as it heads in to southern division play in the CIAA.