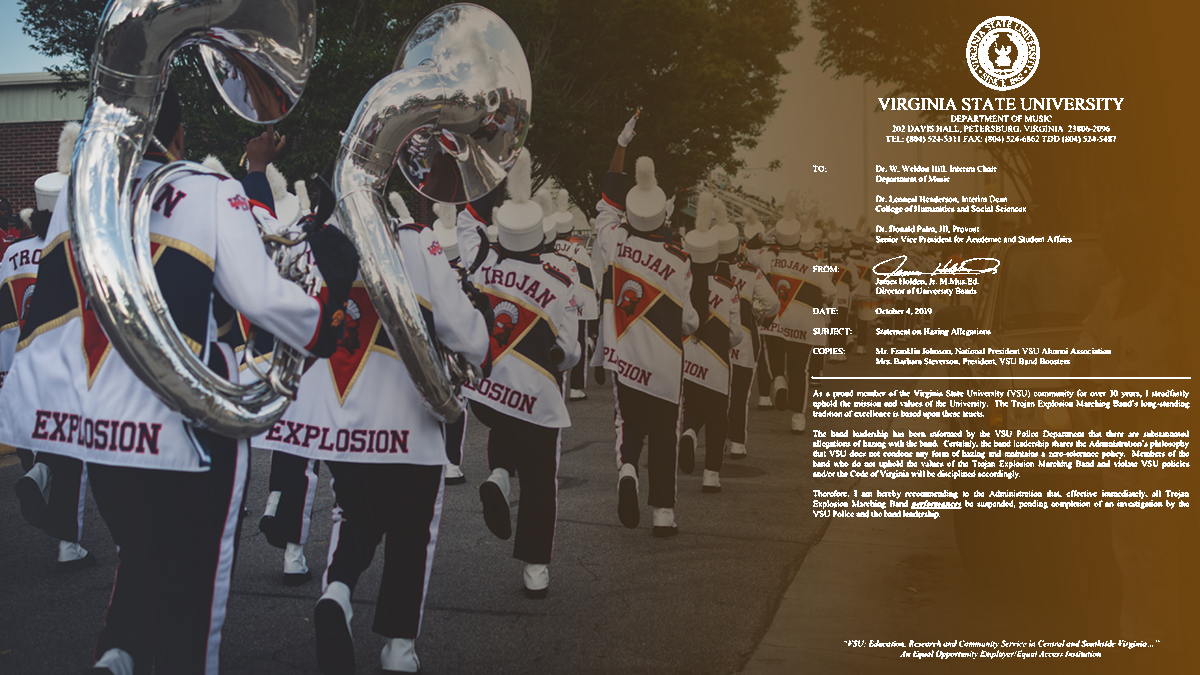 Virginia State University’s marching band is the latest to be silenced due to hazing allegations.

VSU announced via email on Friday that the Trojan Explosion is suspended as it investigates hazing allegations, some of which have been substantiated.

All performances are suspended according to the message, pending the completion of VSU Police and the marching band’s investigation. VSU Director of University Bands James Holden Jr. recommended the suspension.

“Certainly the band leadership shares the Administration’s philosophy that VSU does not condone any form of hazing and maintains a zero tolerance policy,” he wrote in a letter. ” Members of the band who do not uphold the values of the Trojan Explosion Marching Band and violates VSU policies and/or the Code of Virginia will be disciplined accordingly.”

The Trojan Explosion’s suspension comes almost a year after another CIAA band, Bowie State’s Symphony of Soul, was suspended from doing off-campus performances for an entire year.