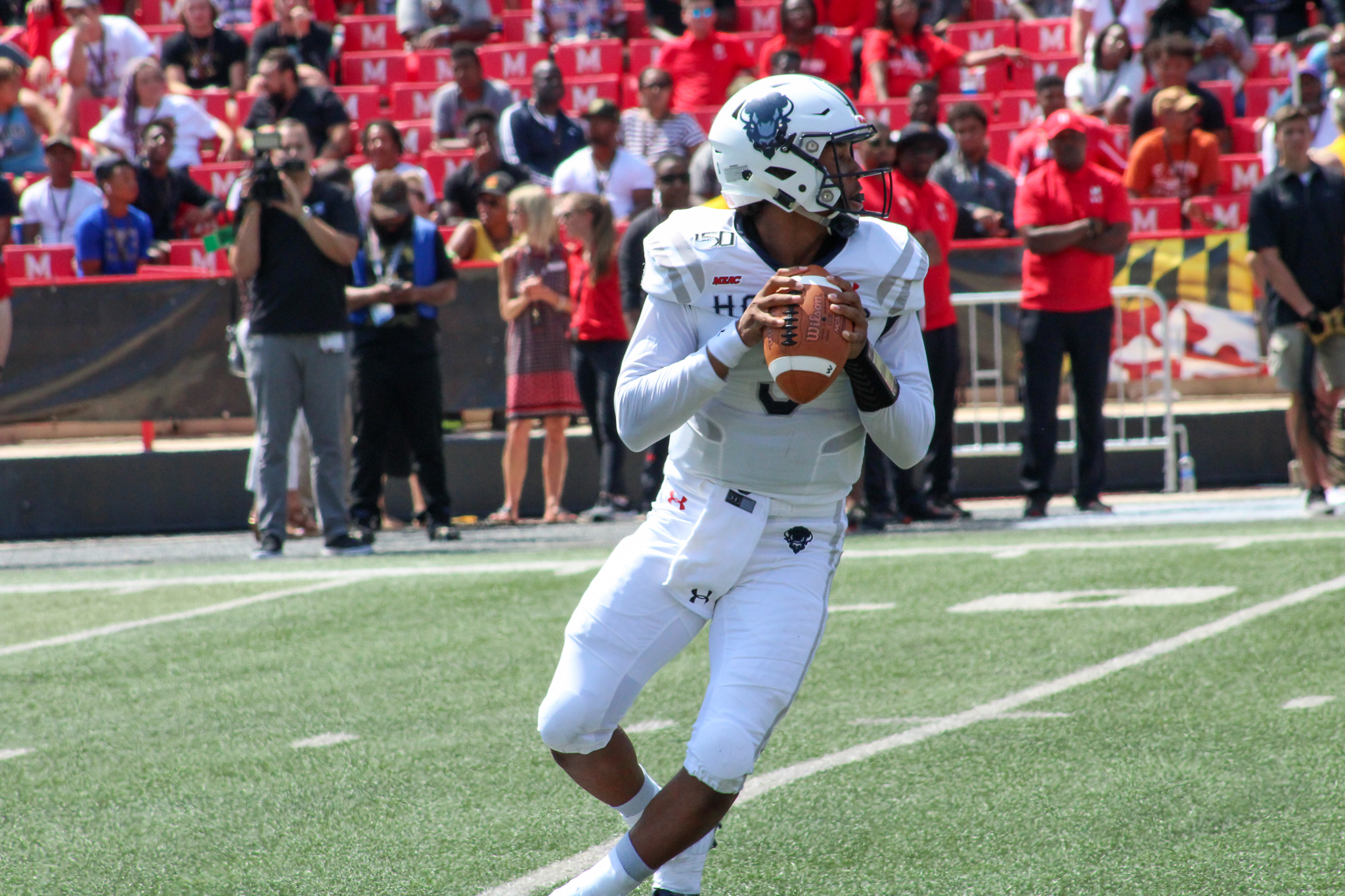 Is the Caylin Newton era over at Howard University?

Caylin Newton will sit out remainder of season according to sources.

Howard football may be losing the face of its program for good. According to sources, quarterback Caylin Newton will be redshirting; thus sitting out the remainder of the season. With this, he’ll be weighing his options and maybe looking to transfer.

HBCU Gameday reached out to the sports information department at Howard University who was unaware of Newton’s intentions. A call was placed to head coach Ron Prince but he was not available.

The Bison started the season 0-3 and just picked up their first win last weekend against Delaware State. He only attempted 11 passes during the Bison’s embarrassing 79-0 blowout against Maryland. He improved the next week against Youngstown State, going for 266 yards passing and two touchdowns in a 26 point loss. Newton attempted 54 passes against Hampton but only completed 25 passes in a 21 point loss. During the win against DSU, he passed for 250 yards with two touchdowns. During all of those contests, he wasn’t as active in the rushing game as usual.

Even during a tough non-conference stretch, he’s produced. Last season, he threw for almost 450 yards and gained four touchdowns against Ohio, an FBS program. But this season, Newton has struggled under Coach Ron Prince and without top receiver Jequez Ezzard.

Is the Caylin Newton era over at Howard University?