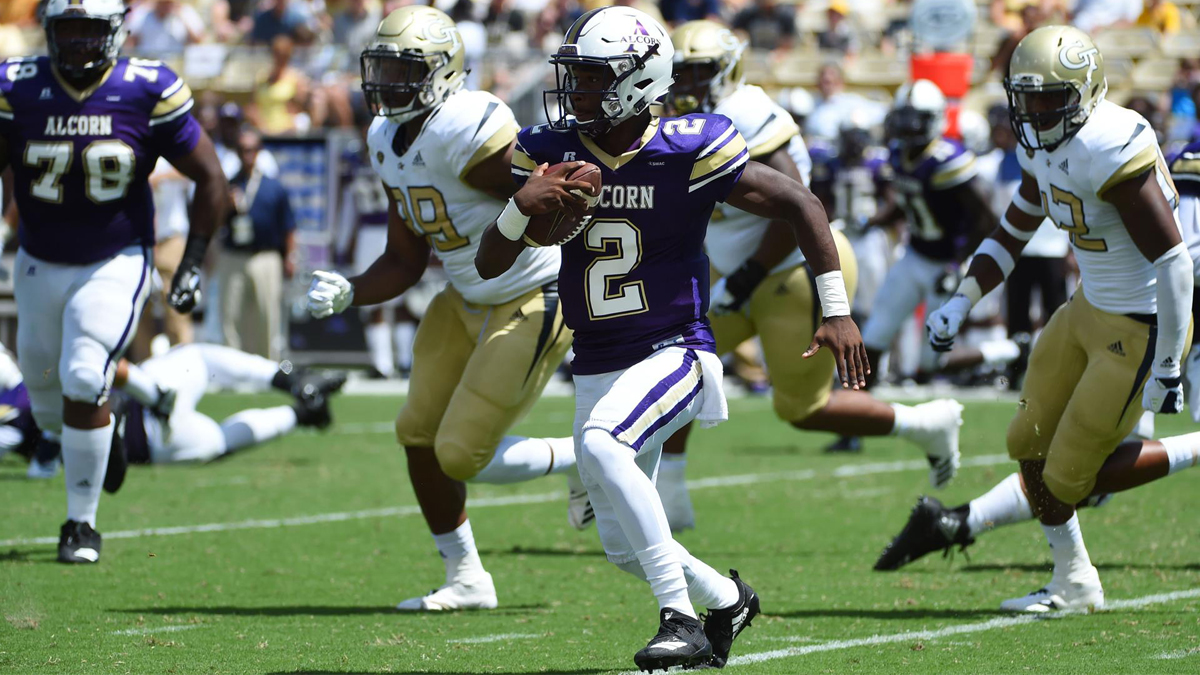 Alcorn State has a history of having backup quarterbacks turn into starters and stars. Felix Harper looks like he might fit that bill.

No Noah Johnson, no problem.

Well not quite, but Alcorn State backup quarterback Felix Harper filled in admirably for Johnson on Saturday to help lead his team to a 45-41 win over Prairie View on Saturday.

“Noah [Johnson] went down last week and when you’re starter goes down, you always want your number two guy to be ready,” ASU coach Fred McNair said. “We always tell them the ‘next man up.’ I thought Felix came in in his first start, did an outstanding job filling in for Noah this game and made all the right throws, right reads and did everything correctly as we expected as a backup quarterback.”

Harper, a quarterback from Fairburn, Georgia accounted for three touchdowns against PVAMU. He threw for 280 yards and two touchdowns, and also ran for a touchdown. Alcorn trailed 41-38 with 5:20 remaining at its own 35-yard line when Harper led the Braves down the field and threw the game-winner to sophomore Tim McNair with 40 seconds left. Harper also helped the Braves finish six-for-six in red zone scoring.

“I think I did great. I thank the defense for giving me opportunities to score,” Harper said after the game. “I thank my offensive line for getting me in position to pass the ball to my receivers, thanking them for catching it, the running backs also and it made me look great.”

Johnson practiced on Monday morning according to McNair. An update on his status is expected this week.

For now, though, it looks like the Braves offense is in good hands. And that’s been historically true under McNair and now with his quarterbacks coach Pat White.

Another name for SWAC defenses to watch.