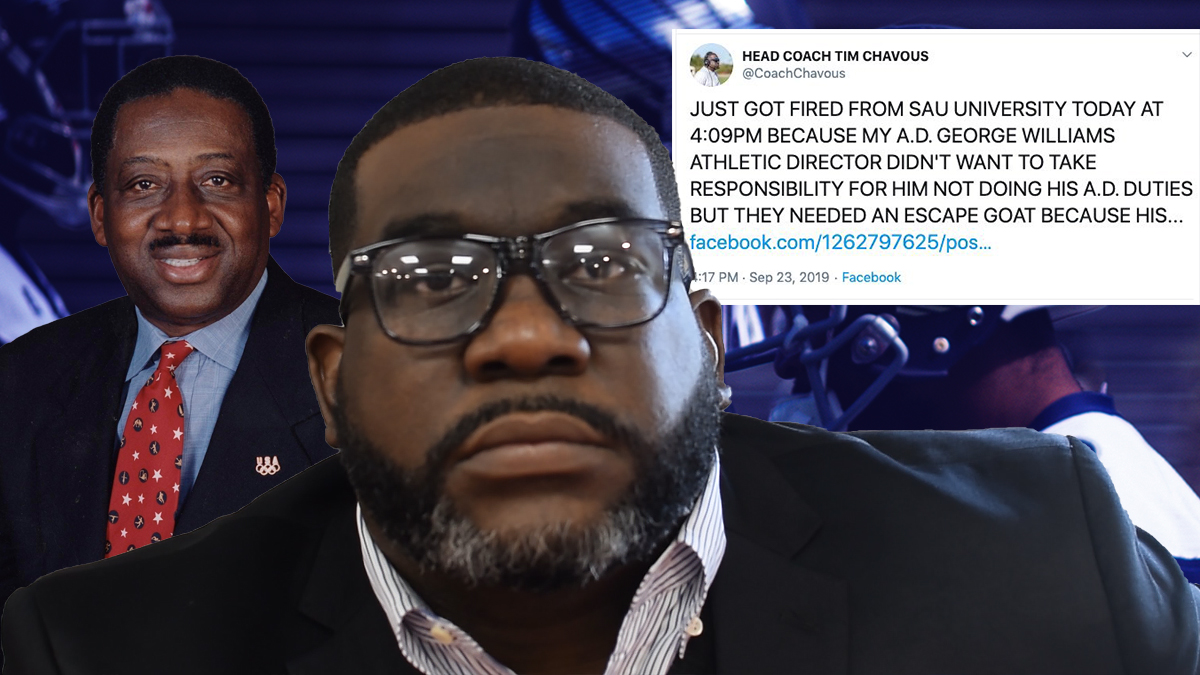 Tim Chavous broke the news that he was fired as head coach on Monday afternoon via social media. Assistants Okesa Smith and Reginald Cooper were named interim head coaches on Tuesday.

“Just got fired from SAU University today at 4:00 PM because my A.D. George Williams Athletic Director don’t want to take responsibility for him not doing his A.D. duties,” Chavous posted on Facebook. The rest of his post was later deleted from Facebook.

The Falcons are currently 0-3 and none of them have been close. They have been outscored 148-28 by their first three opponents. His overall record was 10-28 at SAU since being named the head coach in the spring of 2016. All of those are enough to get fired as a head football coach.

“Within the Department of Athletics, goals and expectations are set for each team,” Williams said. “Athletes must meet the requirements for eligibility from the institution, the CIAA, and the NCAA to participate. Unfortunately, achieving eligibility is not always easy and our expectations are not always met. It is times like these that we have to re-evaluate and make changes that we feel are necessary.”

“This has happened with the football program, and we feel that a change has to take place immediately,” Williams added. “Our primary interest is always the well-being of the students.”

However, there have been several online “whistle blowers” who have spoken online about the state of SAU’s football program in particular and its athletic department overall. In addition to Williams’ job as director of athletics, he’s also the head coach of SAU’s nationally prestigous track-and-field program.

Williams has been accused of neglecting or mistreating student-athletes by at least one parent online. The primary gripe is a lack of resources for the football program, including a lack of a compliance director which ultimately led to more than a dozen ineligible players being taken away from Chavous just before the start of the season.

HBCU Gameday has reached out to St. Aug officials for comment on those accusations. We will update when available.