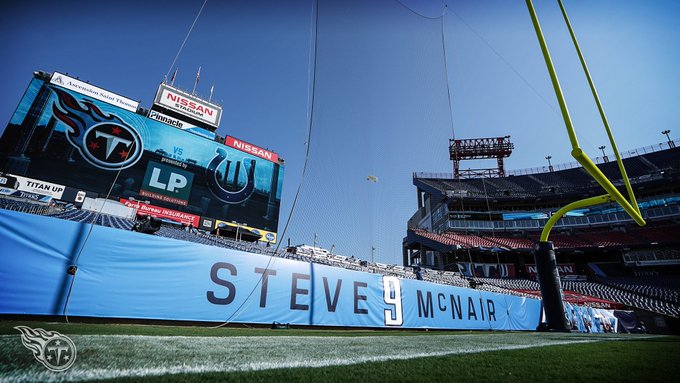 Steve “Air” McNair’s legacy was celebrated by the Tennessee Titans on Sunday and Alcorn State will do the same in October.

Nearly 25 years after he played his last game at Alcorn State, Steve McNair continues to make his alma mater proud.

McNair had his no. 9 jersey retired by the Tennessee Titans organization on Sunday, along with former teammate Eddie George. Alcorn State President Dr. Felicia Nave announced that McNair’s jersey will be retired by the school this October.

“We know that Steve meant a lot to us as a brother, a son, a husband and a father,” Fred McNair told the crowd. “But this celebrates him as a competitor, a teammate, a warrior and a Titan.”

McNair was selected third overall by the Houston Oilers in 1995 after a legendary career at Alcorn State. He came into his own as a quarterback as the team migrated to Tennessee and became the Titans, leading the team all the way to Super Bowl XXIX. He would go on to win co-MVP honors along with Peyton Manning in 2003, becoming the first-ever black quarterback to win that honor.

“You took a chance on a small town Mississippi quarterback, from Alcorn State University in 1995,” McNair said. “And Steve never took the choice lightly. You changed his life, you changed our lives…we can’t thank you enough.”