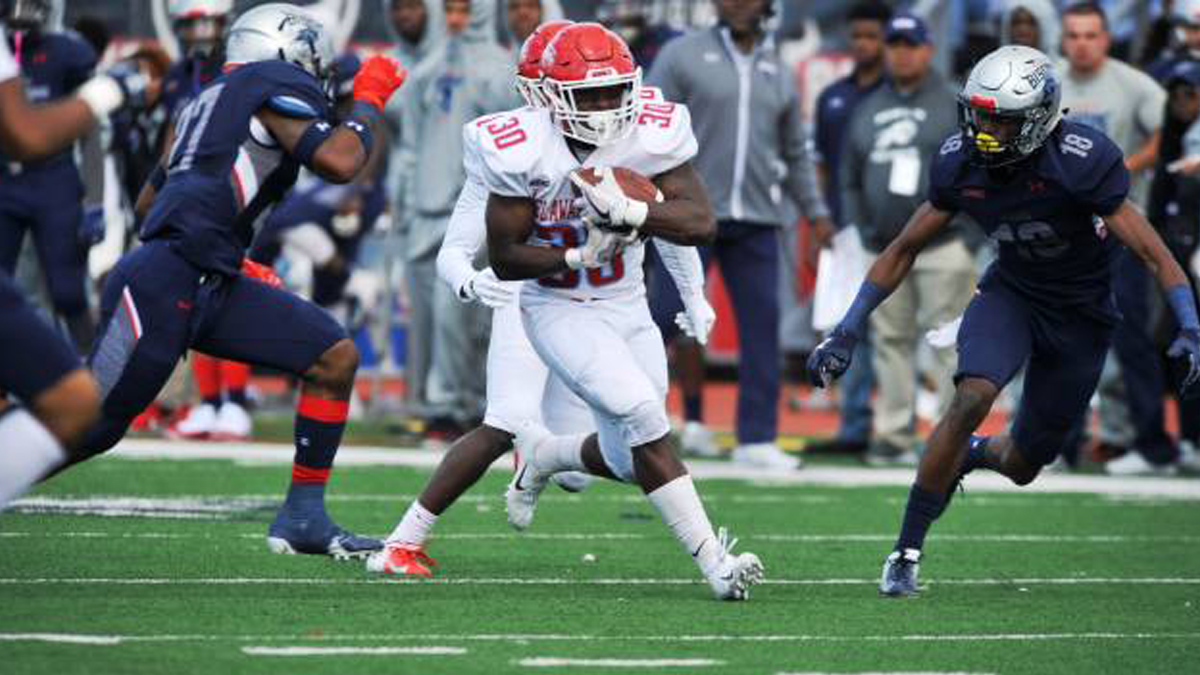 Delaware State put a pounding on Lincoln ahead of stating MEAC play and homecoming next weekend.

Bethea and Kollie connected for two touchdowns in the first quarter alone as Delaware State cruised to a 58-12 home opener win over Lincoln (PA), the first meeting between the two schools since 1960.

“We came into this game ready – we didn’t take them lightly,” said Bethea, who completed 16 of 28 passes for 181 yards and the two touchdowns to Kollie. “We took them seriously like we were supposed to.”

Bryant Dallas started the Hornet scoring on a seven yard run five-and-a-half minutes into the first quarter, with Bethea and Kollie linking up on the next two drives for a 21-0 lead.

“We normally start off slow,” Kollie said. “So to get off to that fast start is a good thing for us. It shows that we’re coming together as a team.”

The offense was also aided by special teams, as senior return specialist Keenan Black, moved from quarterback to defense and special teams in the spring, zipped home for a 56 yard punt return touchdown and added a 70-yard kickoff return to the Lincoln 5-yard line that led to a rushing touchdown by Mike Waters.

“It was fun. It was like I was back in little league football,” Black said. “Just trying to find the crease and score. I have to give the credit to my blockers. Without them, I couldn’t do it.”

Eban Jackson II threw two touchdown passes to Shoye Sampson for Lincoln, who fell to 0-2 on the season. The Hornets’ win streak over Lincoln now expands to eight games.

“My concern is making sure we play four complete quarters,” Milstead said. “Yes we won every quarter, but I want us to play consistently at a high level.”