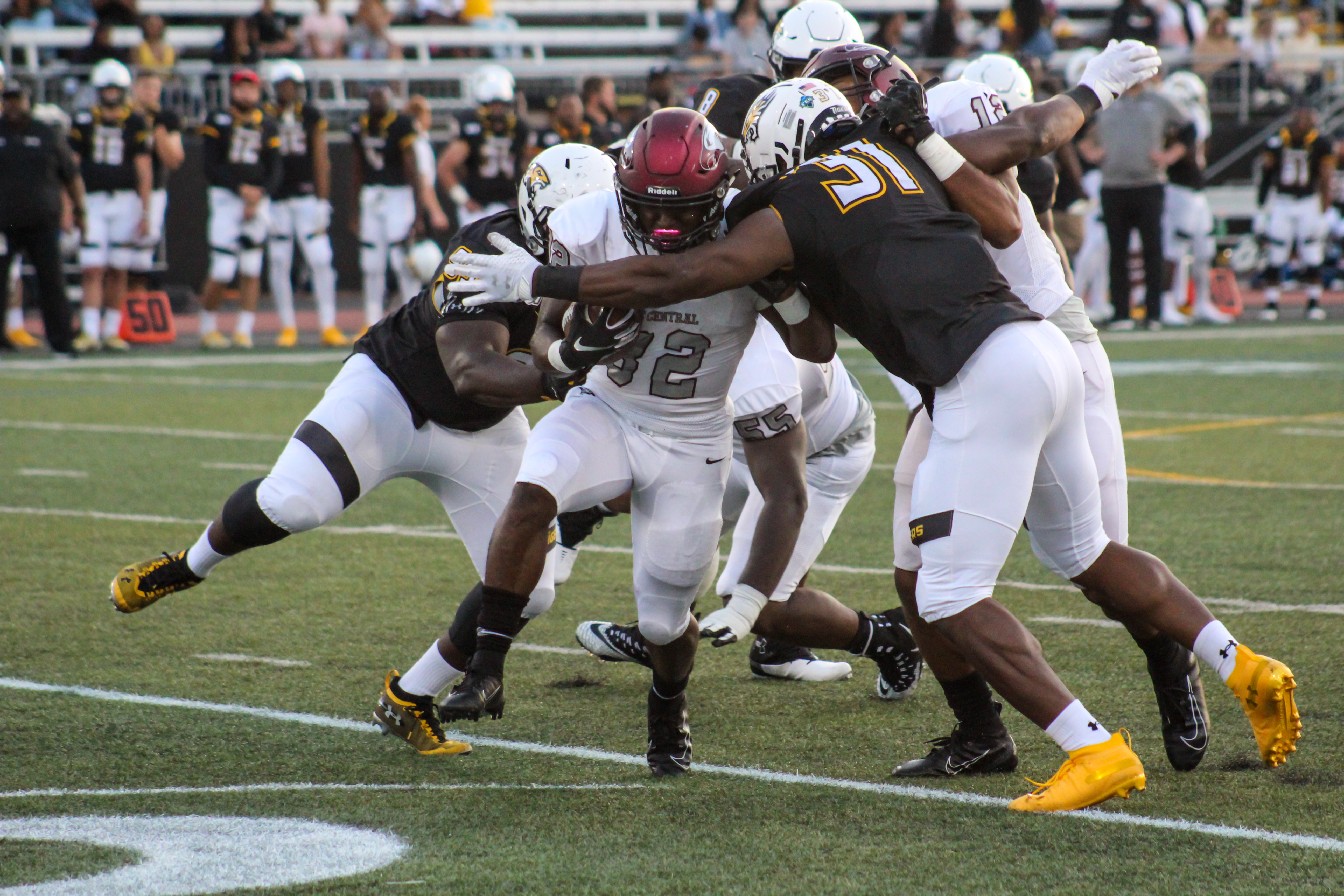 Eagles are quieted by the Tigers.

North Carolina Central took a stop in Baltimore, but not to face their MEAC foe Morgan State. The Eagles were on the road against a ranked Towson Tigers team.

This week was once again a bad performance for the Eagles as they fell to the Tigers, 42-3.

Both teams started sluggish, punting on their first drives. NC Central QB Micah Sanders took a few steps back and threw an interception in coverage. The Tigers quickly capitalized and scored. On NCCU’s next drive on defense, Justin Nicholson was called for pass interference after rough coverage against a Tigers receiver. Tom Flacco later scrambled in open space for another touchdown towards the end of the first quarter.

The damage did not stop for the Eagles in the second quarter. Tom Flacco led the Tigers on a 75-yard drive that only took fice plays. Micah Sanders made a slight error back on offense. That error was turned into a Pick-Six for the Tigers.

The Eagles played tough in the first half but errors on both sides of the ball hurt them. Isaiah Totten slowly got things going and so did Sanders in his second start at quarterback.

The second half did not change much for the Eagles. The Tigers added two more touchdowns in the third quarter to round out their scoring for the evening.

Outside of the score, the numbers between the two teams were actually close. The passing and rushing yardage was similar. What made this game so open for the Tigers was the lack of execution from the Eagles. NCCU went 7-for-19 on third down. They punted the ball four times more plus had almost 80 yards in penalty yards.

Isaiah Totten ran for 62 yards on 14 carries. Nique Martin pulled in 80 yards receiving for the Eagles.

NCCU will be on the road once again next weekend against Gardner-Webb.