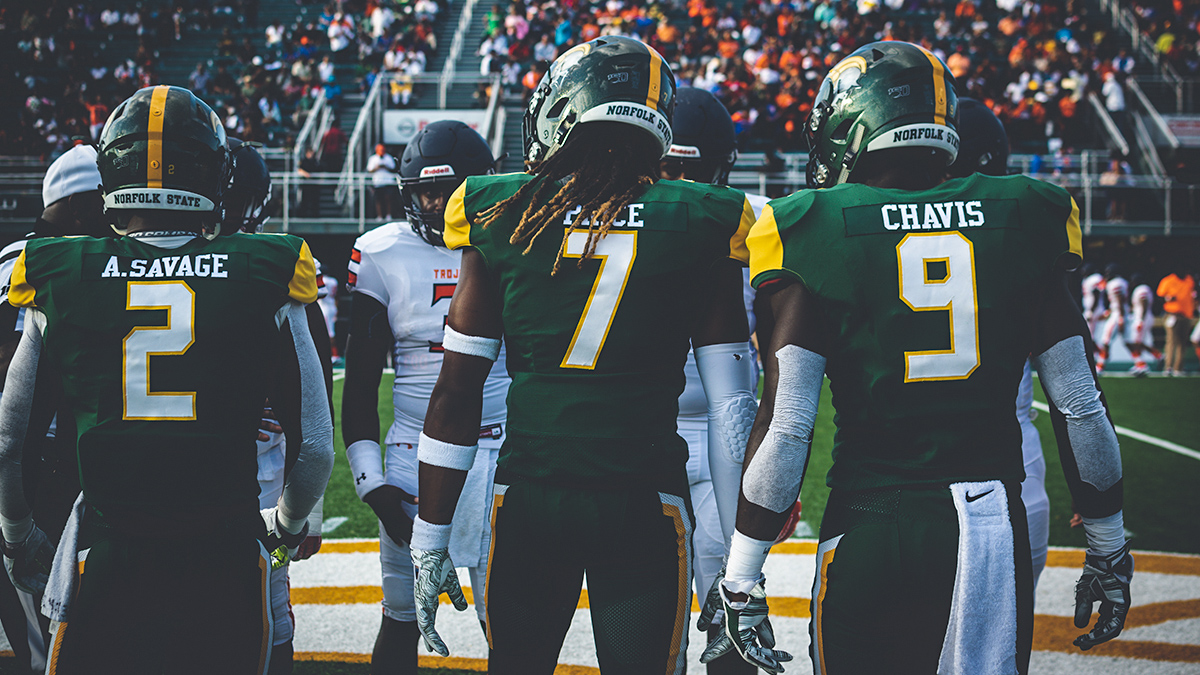 There would be no letdown for Norfolk State against Virginia State as NSU wins “The Battle of The States.”

Virginia State was moving the ball downfield on Norfolk State early in the second quarter with the game tied inside its own ball. Somewhere between the center and quarterback the ball got lose and NSU pounced on it.

That pretty much summed up the night in Norfolk as NSU took advantage of a turnover-prone VSU offense and rolled to a 44-21 over its Division II rival on Saturday night.

NSU quarterback Juwan “Pootie” Carter led the charge, throwing for 203 yards and four touchdowns in the win. Most important, he threw zero interceptions and NSU didn’t turn the ball over once.

The same couldn’t be said for VSU, which lost four fumbles, including several inside the redzone. It actually outgained its FCS counterparts in passing yards, rushing yards and total yards, but couldn’t get out of its own way in front of an opportunistic defense that also picked off two Cordelral Cook passes.

NSU improved to 1-1. It will step back up in competition and face Coastal Carolina next Saturday.