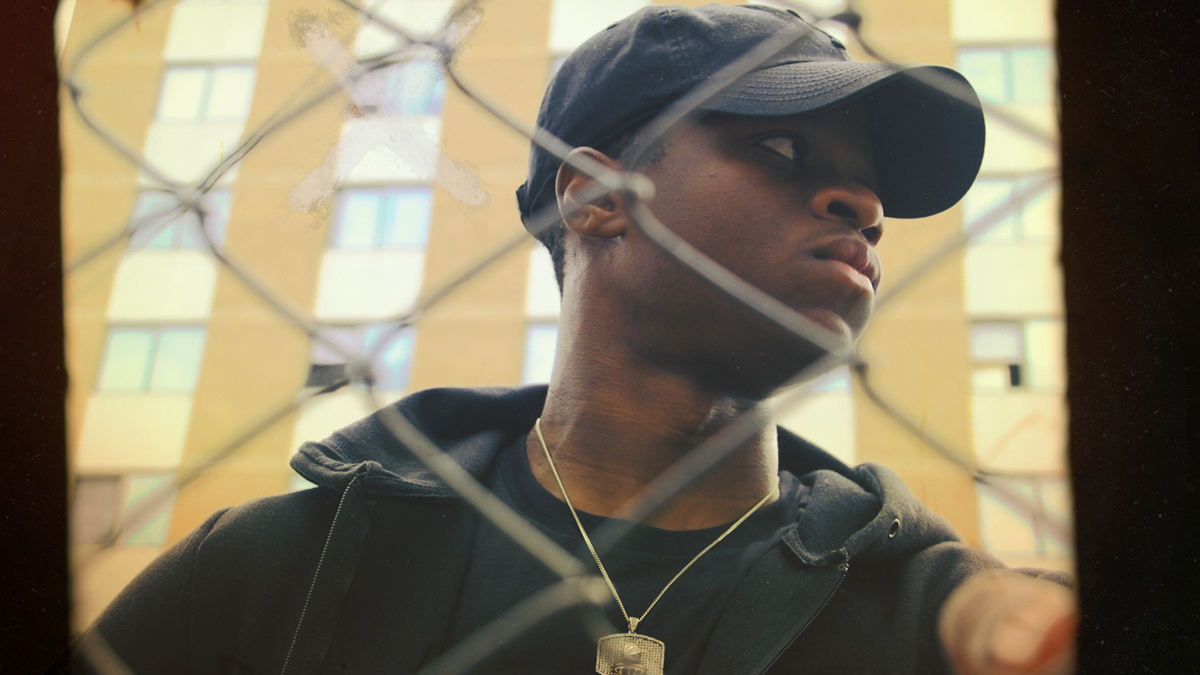 From cracked concrete courts to historic HBCU hardwood and summer league with the New York Knicks. Amir Hinton did things…”different”.

“I knew about Historically Black Colleges growing up, it’s funny because I always told myself I wouldn’t go to one…,” said Amir Hinton, in an interview with HBCU Gameday Filmmaker Wali Pitt.

Ironically, the two were sitting in CC Spaulding Gymnasium on the campus of Shaw University, one of the most historic gyms in HBCU basketball. A gym that Amir Hinton called home as he played his way from an unknown Philadelphia area transfer to NBA prospect in less than a calendar year.

“…but once I came down here and saw what was really going on and (saw) the atmosphere, everybody’s encouraging each other and backing up each other at the school… once I saw that and how it is, I was like…okay.”

What was really going on during the 2018-2019 basketball season, was Hinton taking not just the black college basketball world by storm but leaving his mark on all of NCAA basketball by putting up numbers and dazzling fans at every gym he played in.

Success is not an overnight venture

“If you listen to the HBCU Gameday Podcast, you may have heard me talk about how much I hate when people say an athlete ‘came out of nowhere’. I feel like it kind of devalues the work they’ve been putting in for their entire life. Just because you only heard of them recently doesn’t mean they just popped up out of nowhere, they’ve probably been somewhere grinding” said Wali Pitt, the filmmaker behind the documentary project.

“When we (HBCU Gameday) started to catch wind of what Amir was doing on the court, I thought this would be a perfect opportunity to get the backstory from an ‘out of nowhere’ athlete, and once I sat down with Amir I quickly realized that there’s no such thing as an overnight success.”

Pitt started following Hinton almost every week after filming him at Johnson C. Smith University in January 2019 where Amir exploded for 40 points.

Away from the court

After the game against Smith in which Shaw University pulled out a close victory in a hostile road environment, Pitt went down to the locker room where he continued filming and got a glimpse of the Shaw Bears’ off the court chemistry.

“They really were like a family, (Head) Coach Hopkins was like the cool uncle, showing off how his Jordan 10’s matched his suit combo. When I first got down to the locker room the players were kind of going at each other about something from the game and the coaches just let them work it out among themselves. Five minuets later they were embracing each other, jumping up and down screaming ‘LETS GO SHAW U’ in the camera, it was crazy, and I thought, man, I gotta get more footage of these guys.”

Pitt continued to film Shaw and more specifically Hinton for the remainder of the regular season and the CIAA tournament.

“I sat down with Amir before his final regular season game at CC Spaulding gym and basically asked him his life story,” Pitt joked. “Once we started talking he told me about growing up in the culture of outdoor basketball in Philly, transitioning to high school ball, then on to Lockhaven and how the whirlwind season had been at Shaw. He really left no stone unturned and it allowed me to know where to go back and research for elements in his past to create a really compelling narrative.”

“I wanted the film to feel like a 90’s or 2000’s era hip-hop artists first album, the average basketball fan may know him as this DII NBA prospect, but I wanted to tell the story of how he got there, so I combined his own words with some gritty beats that I found online and tried to create a visual tapestry that would feel like Jay-Z’s ‘Reasonable Doubt’ but as a documentary about a basketball player.

“Which is why I titled the film in the style that artists nowadays use to title their albums, with the ‘name’ x ‘title’ format. Plus the sheer amount of footage I had accumulated allowed me to really show off what he had done on the court and combine it with his interview and the newspaper articles and high school footage I had found, it’s a project that I’m extremely proud of.”

Amir Hinton declared for the NBA draft as an early entry but fell short of being the first DII player picked in the NBA Draft since 2005 and the first HBCU draftee since 2012.

Hinton did, however, sign a deal with the New York Knicks the morning after the draft, fulfilling his dreams of becoming an NBA player.

Hinton was invited to play on the Knicks summer league squad where in limited minuets behind the likes of one-and-done sensation RJ Barrett, he showed flashes of the 30 points per game scorer that HBCU hoops fans flocked to the gyms to see.

The documentary “Amir Hinton x Different” is out now on all HBCU Gameday Video platforms, including Youtube, Amazon Fire TV, and Roku.