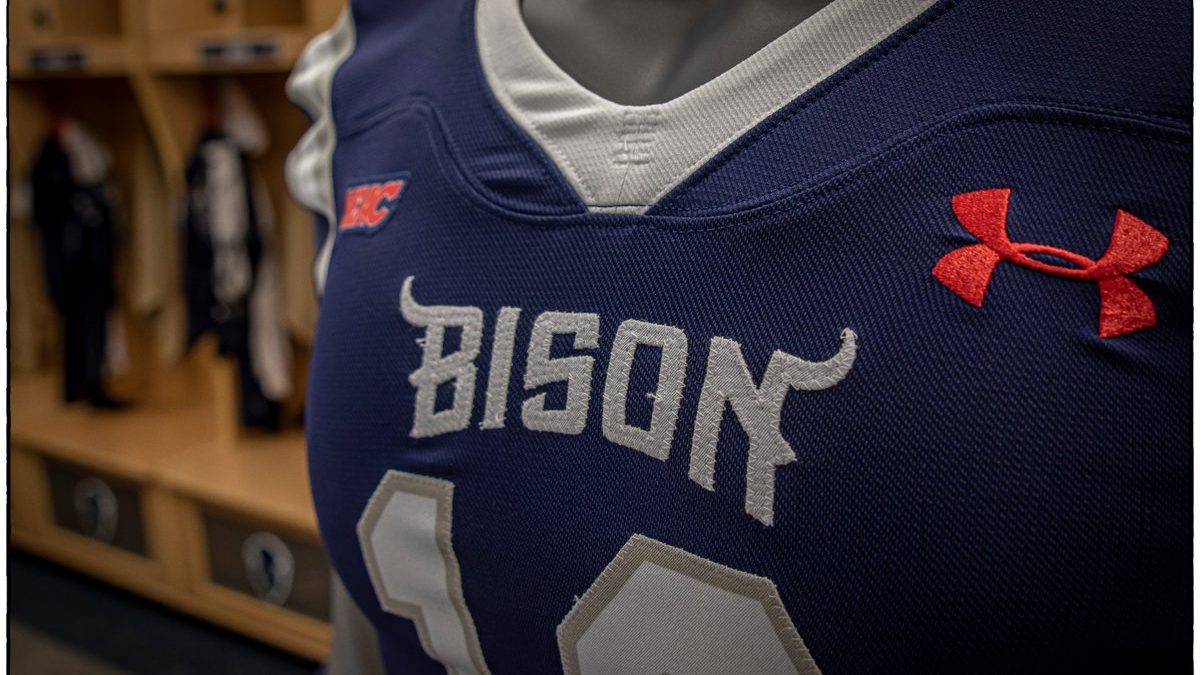 The Bison with some sleek upgrades

It’s a new era for Howard football with Head Coach Ron Prince at the helm. After showing some promise over the past few seasons, the Bison are looking to make a true statement this season.

But in this era of constant style upgrades, the Bison made some changes to their uniforms, unveiling their new Under Armor threads for the 2019 season.

Compared to their last set of uniforms, it appears to be some obvious changes. Their numbers are bigger and fits the font within their style guide. A wide set of shoulder stripes were added, with two shades of grey. Instead of “Howard”, a secondary Bison logo is right under the neck collar for the home unis. For the away, there’s a giant Howard script. The stripes are also grey.

Overall, Howard is using more Grey in their color scheme. They have historically have used Red, White, and Blue. But since their logo change in 2015, Blue and Grey have been used more.

The Bison will be looking mighty fresh this season.