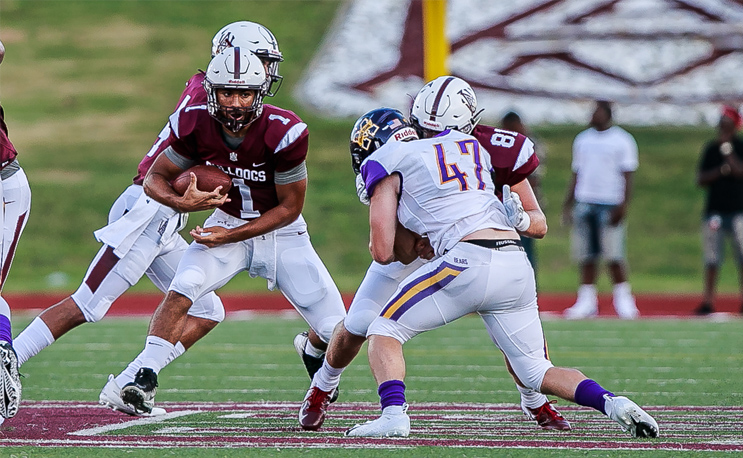 If fully-repaired, Alabama A&M running back Jordan Bentley could be the key to a drive to the SWAC title game.

Jordan Bentley took the SWAC by storm in 2016 as a true freshman for Alabama A&M. Bentley made his collegiate debut with 851 yards rushing and 9 touchdowns. Those impressive numbers earned Bentley the 2016 SWAC Freshman of The Year award and second team All-SWAC honors.

Bentley’s 2017 season was plagued by injury but he was still able to rush for 427 yards and 5 touchdowns. A season ago he rushed for 514 yards, 7 touchdowns and had a yards per carry average of 6.9 despite being hampered by injury most of the year. Bentley is back for a final run on The Hill and the Bulldog faithful hope that this is an injury free season for him. Bentley has shown flashes of greatness the last two seasons but injuries have kept down his overall production. At 100 percent, Bentley is arguably one the top two backs in the league but we haven’t seen a fully healthy Jordan Bentley since 2016.

If Bentley can get back to his 2016 form, this would really open up the Alabama A&M offense and take pressure off of quarterback Aqeel Glass. Again, Bentley set some high expectations for Bulldog fans after his freshman season, now is the perfect time to live up to those expectations.