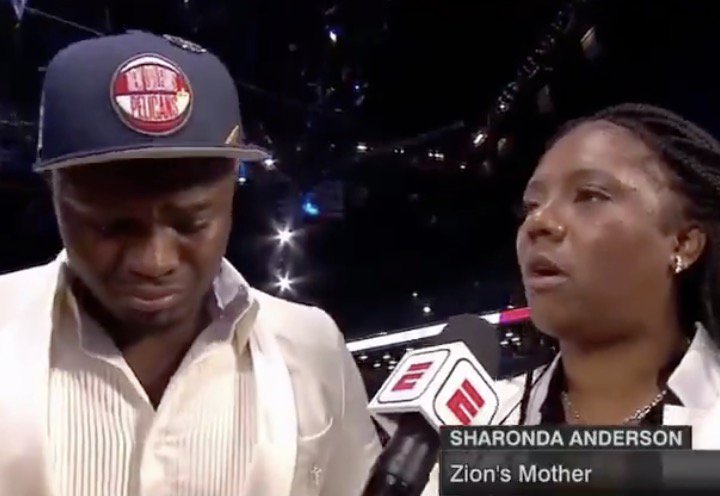 Zion Williamson and Ja Morant did not go to HBCUs, but their parents did, and they praised them for their impact.

Zion Williamson and Ja Morant both became instant millionaries on Thursday night as they were the top two picks of the NBA Draft.

Williamson, as expected, was selected first overall by the New Orleans Pelicans while Ja Morant went second overall to the Memphis Grizzlies.
While neither player suited up for an HBCU, both have HBCU sports ties.

Williamson’s parents both went to Livingstone College in the late 1990s. His father, Lateef, played football while his mother Sharonda ran track. Zion, in fact, was born in Salisbury where Livingstone is located. Williamson’s mother took the stage with him on Thursday night for an emotional and memorable moment for anyone who watched the draft.

Morant’s father, Jamie Morant, played high school basketball with Ray Allen in South Carolina. He went on to play his college ball at Claflin University before starting a pro career overseas. He, too went viral as he showed up to support his son. But it wasn’t for what he said as much as the hat he wore.

Obviously neither player followed in their parents footsteps by attending an HBCU. Williamson was the top player in the class of 2018 from the start and could have attended any college he wanted to, eventually choosing another private school in North Carolina.

Morant wasn’t as highly regarded as Williams, and several of his offers did come from schools in the MEAC like South Carolina State and Maryland-Eastern Shore. He would end up at Murray State where he became a star.

Both Williamson and Morant join a growing number of recent NBA Draft picks whose parents played sports at HBCUs. Sacramento’s Harry Giles and Marvin Bagley III both played for Duke, but their fathers played for Winston-Salem State and North Carolina A&T.