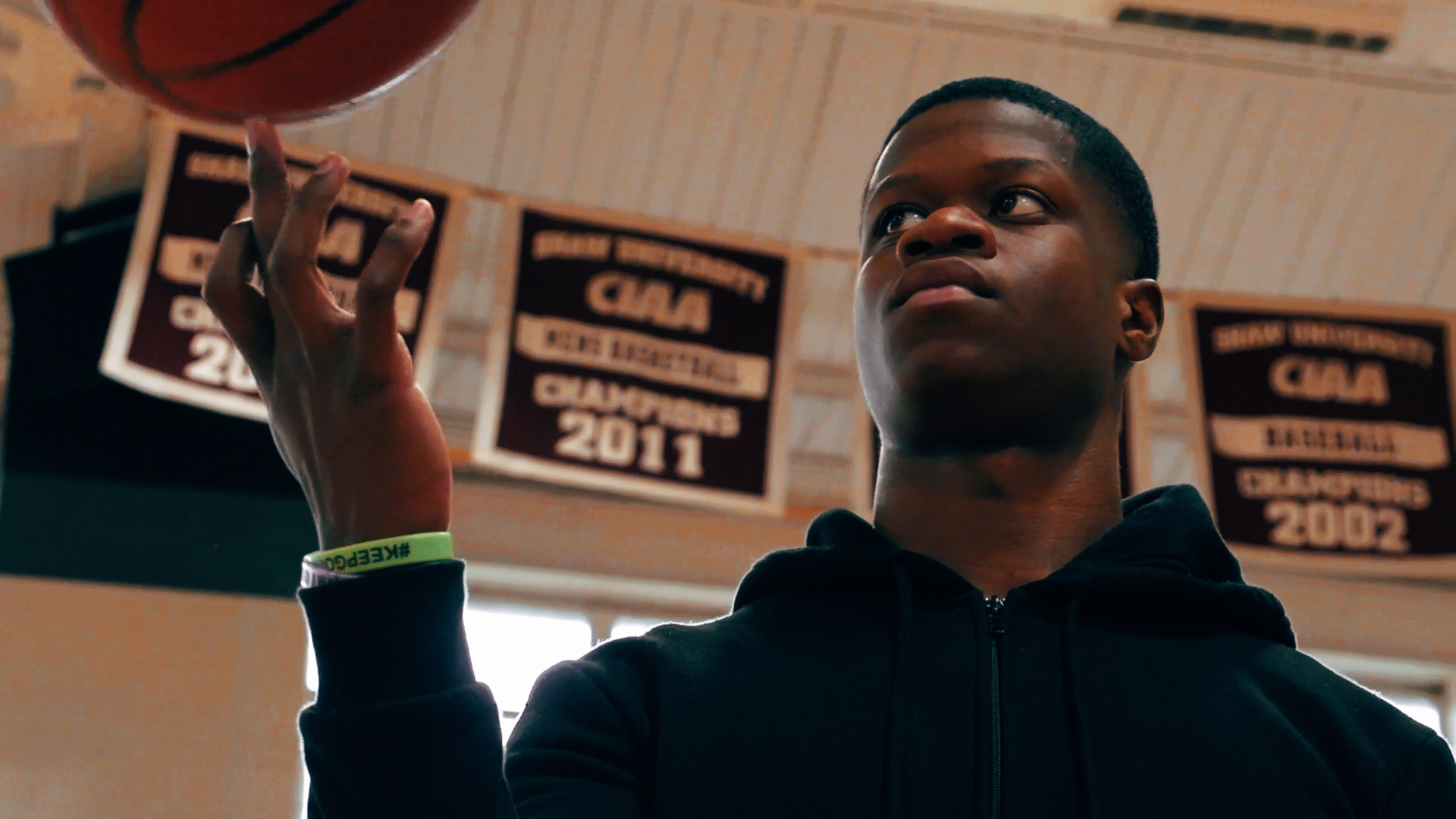 From concrete courts to NBA gyms, Amir Hinton’s path to the NBA Draft was “different.”

Hinton sat down with resident HBCU Gameday Filmmaker Wali Pitt (who brought you last summer’s “The Original Gulf Coast Offense” doc) about to open up about his life’s journey in basketball. From playing on the concrete courts of Philadelphia, his high school and early collegiate career, to the unexpected excitement of playing HBCU basketball.

“I knew about historically Black colleges, it’s funny because I always told myself that I wouldn’t go to one,” Hinton told Pitt during his interview for the film. “But once I got down here and saw what was really going on and saw the atmosphere at the games, I was like…ok”

It was the atmosphere during Hinton’s 40 point performance at Johnson C. Smith that led Wali to begin to follow him game-by-game and eventually put the project together.

“It was important for me to let Amir tell his own story,” Pitt said. “I wanted this project to be in Amir’s voice, allowing him to tell the world where he came from and how he got to this point.”

“It’s also exciting as a filmmaker to know that the story is still being written, hopefully we hear Amir’s name called in the NBA draft but no matter what, I believe he has the talent and work ethic to play on the big stage, and its important for other HBCU hoopers to know that the next level is within reach.”

The Philadelphia native went from an unknown transfer from a small Pennsylvania school to declaring as an early entry into the NBA Draft, in under a calendar year. And it didn’t take long for the team at HBCU Gameday to recognize that Shaw University had a special talent in their backcourt.

Follow HBCUGameday.com for more information on the release date and where to watch the HBCU Gameday Original documentary “Amir Hinton x Different”.