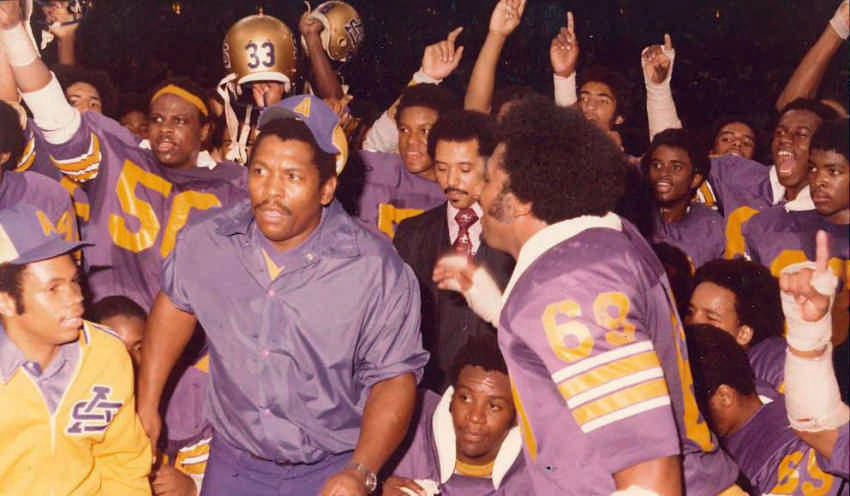 The former Southern University Coach set the bar for coaching in Louisiana.

Otis Washington, the former head coach at Southern University, passed away on Friday at age 80. Washington is a member of multiple halls of fame and a 1961 Xavier University of Louisiana graduate.

“He made his mark not only on the gridiron with our Jaguars but throughout the community,” said Southern University System President-Chancellor Ray L. Belton.

In 1959, Washington, a multiple sport athlete, played on the last football team in XULA history.

“Xavier did a lot for me,” Washington said in 2014. “I learned a lot of things there socially and religiously. Xavier was small enough to get involved in, but it was big enough for people to keep their own culture to a certain extent. To this day, Xavier is one of the best schools in this country.”

Washington will be remembered by most as the head football coach at St. Augustine High School in New Orleans during the 1970s. He coached the team to state championships in 1975, 1978 and 1979 in the AAAA classification.

The Times-Picayune newspaper ranked Washington’s 1975 St. Aug team one of the 10 best in New Orleans history and the best of the 1970s.

In 1979 Washington made history when he became the first African American football coach ever to be a part of the LSU staff when he joined as an assistant.

Headed to the Bluff

Two years later Washington became the head coach of Southern University. He coached the Jaguars from 1981-86. Washington finished with a 35-30-1 record and in 1982 his team finished 8-3, his best season on the Bluff.

“We extend our most heartfelt condolences to his wife, Linda, and the many family and friends of Coach Washington.”

Funeral services for Washington will be held on Saturday, June 1 in Baton Rouge.