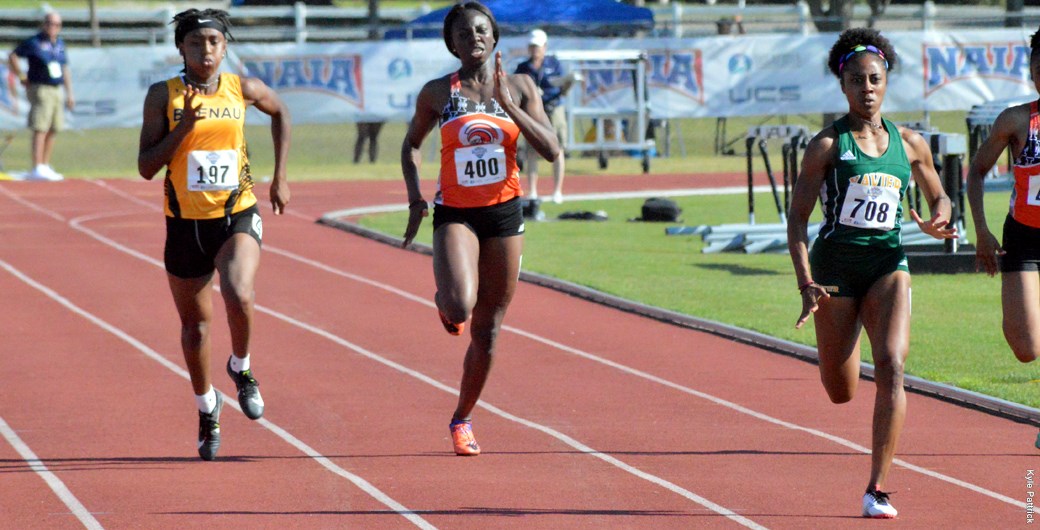 Shalysa Wray and Ariel Ford looking to make the medal stand this weekend.

GULF SHORES, Ala. — Xavier University of Louisiana freshmen Shalysa Wray and Ariel Ford secured more berths in the finals during the second day of the NAIA National Outdoor Track and Field Championships.

Wray qualified for her third final of the meet when she placed fifth in the 100-meter dash preliminaries in 11.77 seconds Friday. The top eight advanced to final at 3:50 p.m. Saturday.

Wray was the only freshman to reach the 100 final. Her time is the fastest by an NAIA freshman in the national preliminaries since Mount Mercy’s Bri’Anna Branch ran 11.70 in 2016.

Ford qualified in her second event with a season-best time of 56.09 seconds in the 400. Ford ranked seventh among the nine who advanced to the final at 5:30 p.m.

Also competing Saturday will be Brandon Matthews in the men’s triple jump at 1:30 p.m.

Here are all XULA results from the second day of NAIA nationals: