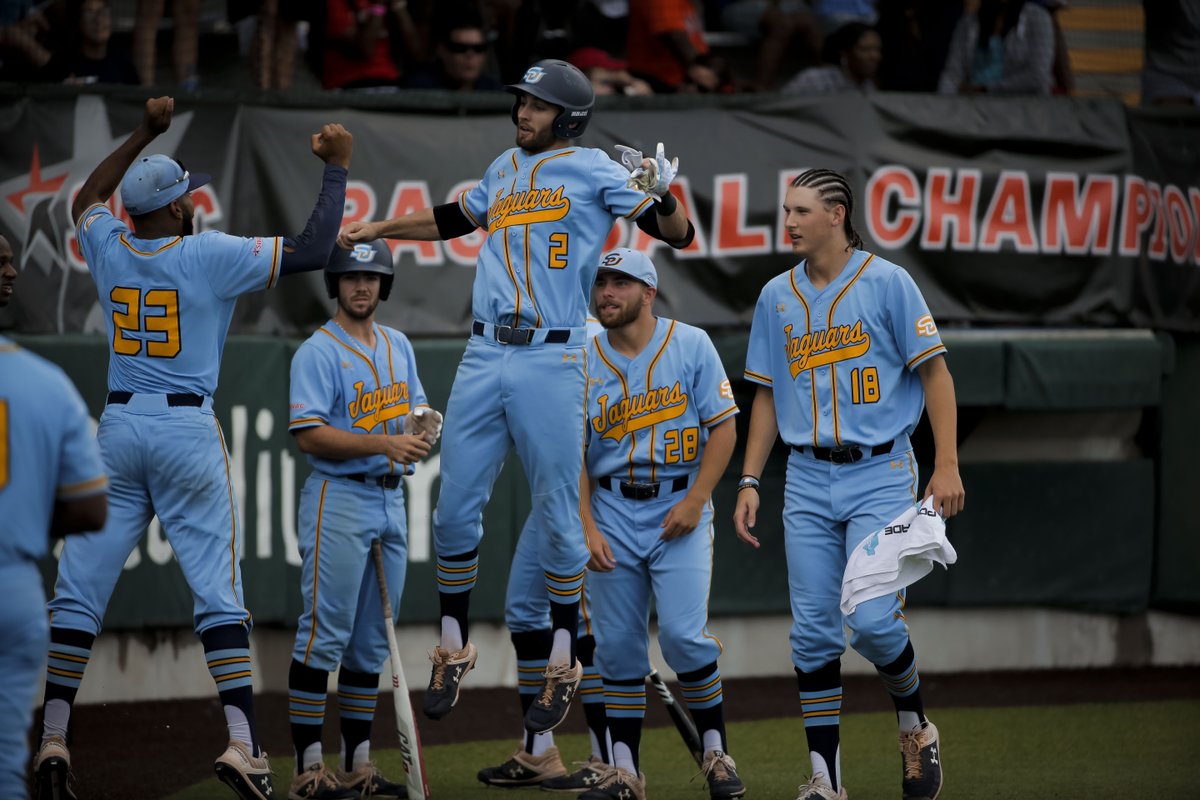 Southern University took a big step forward on Sunday with a dominating win in the SWAC title game over Alabama State.

Southern landed the first blow thanks to a RBI double by Ashanti Wheatley that scored Tyler LaPorte, who drew a leadoff walk. However, the Hornets ended the damage there as Hunter David flied out and Wheatley was tagged out at third following the ensuing throw-in.

Johnny Johnson scored LaPorte on a double down the left field line and stole third, scoring on a RBI sac fly by David. LaPorte later put the contest out of reach with a three-run shot over the left field wall and with the Hornets unable to figure out Southern starter Eli Finney, the Jaguars added five runs for insurance down the stretch, cruising to their first SWAC tournament championship since 2009.

The All-Tournament Team is listed below.

Key Stats
– LaPorte, the Tournament MVP was 2-for-4 with three runs scored and five RBIs.
– All-Tournament team member Eli Finney earned his second win of the tournament, allowing three hits in 8.1 innings of work while striking out six.
– Southern’s Bobby Johnson and Johnny Johnson combined to go 7-for-11 with four runs and five RBIs.