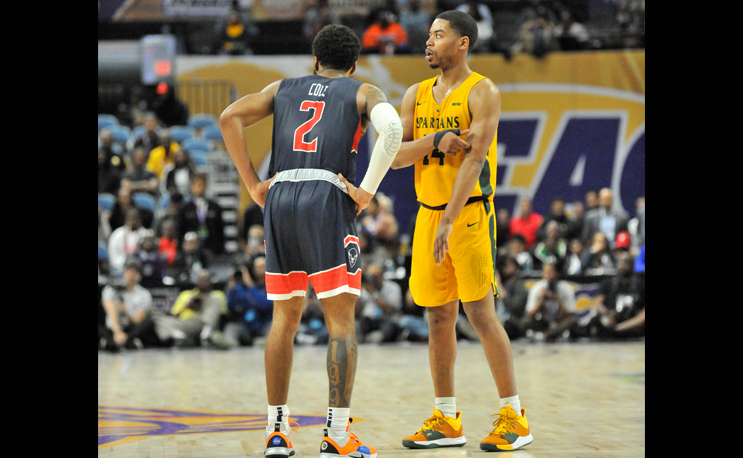 Norfolk State will have to replace its leading scorer as he is headed to Tulane, as well as three other guards.

Norfolk State had one of its better Division I seasons in 2019, but it will have to reload next season.

Nic Thomas, Norfolk State’s leading scorer last season, is headed to Tulane according to Stadium. Thomas will be eligible to play immediately as a graduate transfer.

Thomas averaged 14.3 points per game for the Spartans and shot 39.5 percent from the field. He was a key contributor to the team’s regular season title and his 30-point performance against South Carolina State in the conference quarterfinals helped propel his team to a MEAC Tournament run that would end in a title game appearance.

Thomas is one of four players transferring from NSU. The others are guard Mastadi Pitt, C.J. Kelly and R.J. Fitzgerald.

“It’s almost like a free-agent market,” NSU coach Robert Jones told the Virginian Pilot. “Just as many kids leave, there’s just as many that want to come in. So you’ve got other kids leaving their situation and they think your situation is better. And then you’ve got kids who are leaving your situation who think that somebody else’s situation’s better. It’s like everybody’s searching for something perfect, and there’s nothing perfect in the world. It’s the wild, wild, west, man. It’s the wild, wild west.”

The 22-year-old started his career at Houston Baptist in 2015, but left after appearing in just two games. He sat out a season before resuming his career at NSU, averaging 8.5 points during the 2017-18 season. The Arlington, TX native reportedly wanted to get closer to home.

He will play for new Tulane coach Ron Hunter who took that job after a successful stint at Georgia State.

Thomas is the most recent star from the MEAC to move as this news comes days after Player of The Year RJ Cole announced he is transferring to UConn for his final two seasons of eligibility.