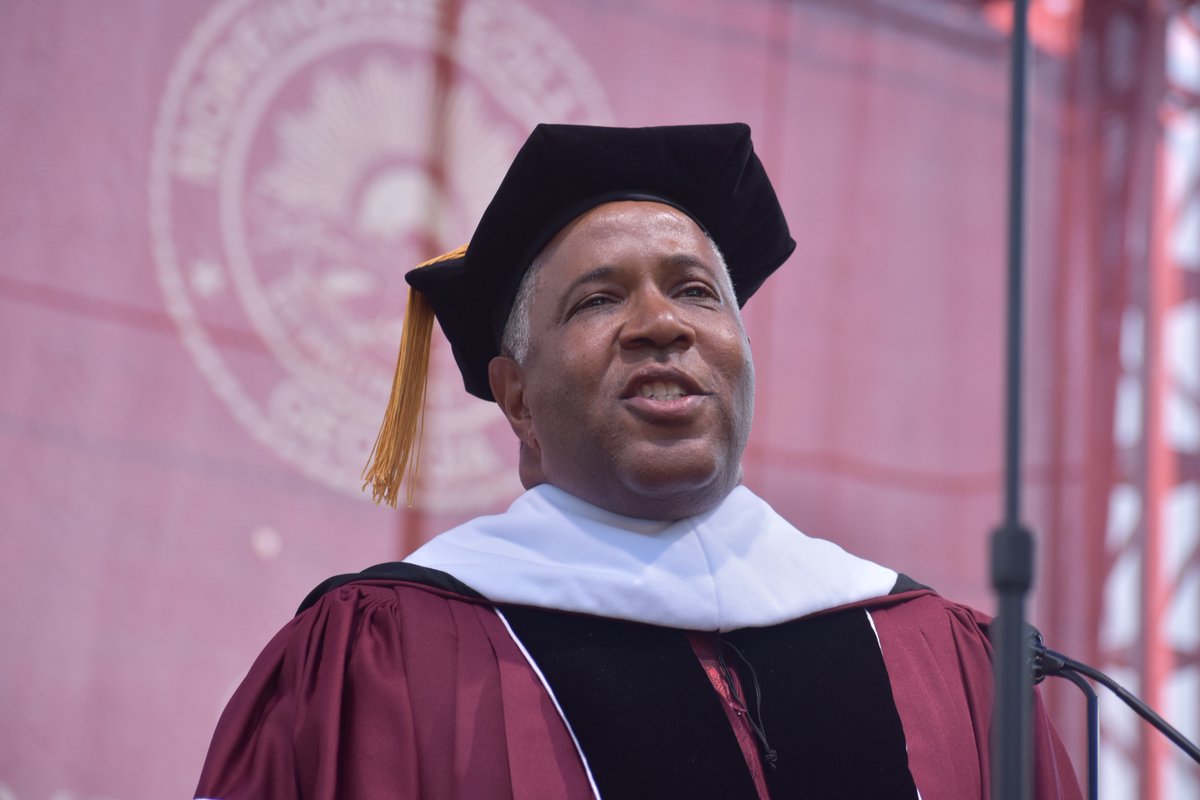 Robert F. Smith shocks the audience and the world with his bold gift.

ATLANTA–Atlanta is known for making blockbuster movies and television series, but a drama of a different kind unfolded at the Morehouse graduation on Sunday. Even though Angela Bassett was there receiving an honorary degree, she couldn’t upstage Robert F. Smith.

Billionaire Robert F. Smith, was delivering the keynote address at Morehouse College’s graduation when he suddenly declared that he would eliminate the debt for the entire Class of 2019.

“This is my class,” he said, “and I know my class will pay this forward.”

With almost 400 graduating seniors in the class, the gift amounts to an estimated $40 million. That’s roughly $100,000 per student.

Smith, who also received an honorary doctorate at Morehouse College’s graduation had already announced a $1.5 million gift to the school earlier this year.

Smith is the chairman and CEO of Vista Equity Partners, a software and technology investment firm.  He founded the company in 2000 and built it into a billion-dollar enterprise that oversees a portfolio of more than 50 software companies employing 60,000 people worldwide.

Philanthropy isn’t new to Smith. He is the largest private donor to the National Museum of African American History and Culture in Washington, D.C. Smith also lays claim to being the first and only African American business leader to sign “The Giving Pledge,” an initiative created by Bill and Melinda Gates, and Warren Buffett. This pledge is an agreement in which wealthy individuals pledge to give more than half of their wealth to causes such as poverty alleviation, disaster relief, and global health and education.

If Smith chooses to speak at another college graduation he’s already set a pretty high bar to follow.