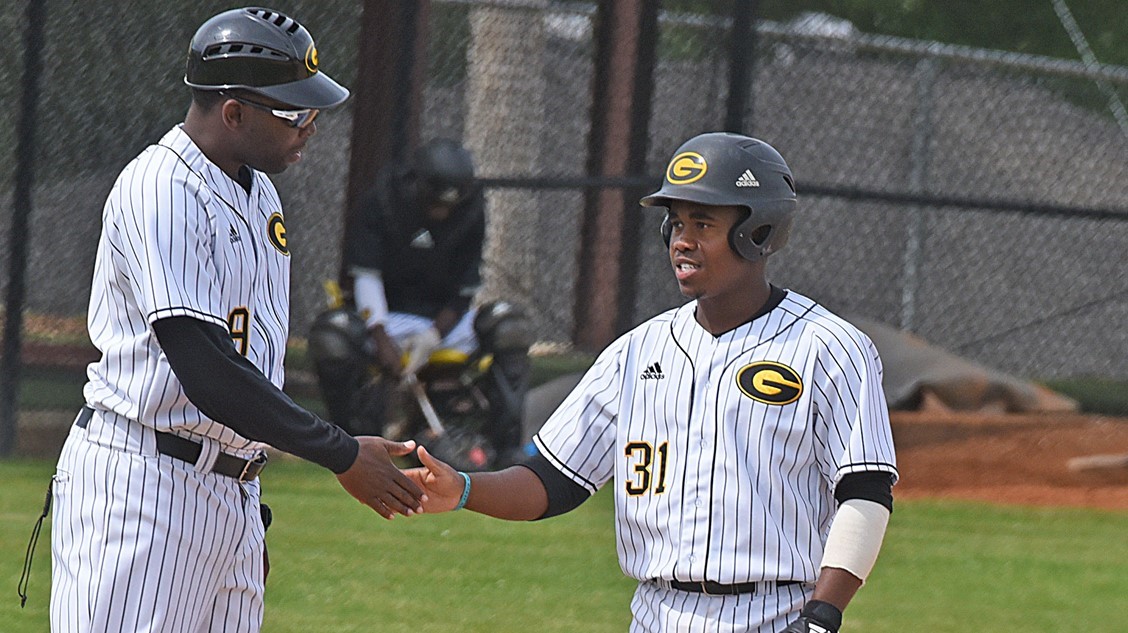 Four teams face off in a pair of rematches for the right to advance to Championship Game.

In the top of the seventh, Prairie View erased a 7-6 deficit as Tyler Gordon was hit by a pitch and Alex Martinez followed with a single. Afterward, Brian Williams doubled to left center, during which Gordon and Martinez scored. Grambling State tied it at 8-8 as Ian Bailey delivered an RBI sacrifice fly, setting the stage for McMillian, who was thrust into action after an injury to starting designated hitter Richard Ortiz.

From there, Kaelin Woodard closed it out for the Tigers, sending them on to the next round.

Tyler Gordon got things going for Prairie View A&M early with a solo shot to left with one out in the first, and the Panthers threatened in the second after Xavier Jefferson dropped in a double to shallow left. After a sac bunt pushed Jefferson to third, Josh Wells brought him home with a RBI sac fly to right.

Jahmoi Percival sparked Grambling with a single in the second inning, later stealing second and going to third on a wild pitch. After Trevin Bolden drew a walk, Nick Wheeler hit a RBI single to get Grambling State on the board. The Tigers tied the game on a RBI groundout by C.J. Mervilus.

Daniel Lingua put the Panthers back in front with a two-run homer and a few batters later, Jefferson hit a two-run triple to right. Grambling State returned fire as Garrett Smith hit a two-run double to cut into the deficit. After the Tigers picked up another run in the bottom of the fifth, Bailey singled to left center and took second on a wild pitch. Isaiah Torres, Drexler Macaay and McMillan drew consecutive walks, the latter tying the game, and following a pitching change Percival reached on an error for a brief lead.

Key Stats
– Bolden, Wheeler and Percival each had a pair of hits for the Tigers.
– Martinez went 3-for-4 for PVAMU, scoring a pair of runs. Gordon was 2-for-3 with three runs.
– Grambling State stranded seven runners compared to Prairie View A&M’s four.

Down 3-2 in the eighth, Texas Southern managed a threat as Jordan Hollins drew a walk and Nic Garza was hit by a pitch. With Nikelle Galatas on in relief of Jackson State starter Anthony Becerra, Ryan Diaz singled home Hollins to tie the game.

After Galatas retired the side in the top of the ninth, Jackson State was unable to get anything done in its turn during the ninth. Following a scoreless 10th, Texas Southern loaded the bases with no outs, and Galatas managed to get two outs before Van Kuren put TSU ahead.

Jackson State put together a chance in the bottom of the 11th when Rahman Williams and Chandler Dillard reached with base hits. With Texas Southern forced to call on ace Aron Solis for relief, the senior came through, striking out Sam Nastari and retiring Culpepper to end it.

A hotly-contested matchup early on, Jackson State led early on after a bit of offense in the second inning with two outs. Rahman Williams picked up a base hit and moved to third on a throwing error before Tyler Culpepper scored him with a single.

Jackson State’s lead held strong through the early innings as Anthony Becerra had Texas Southern off balance through the first four innings, but the defending champions manufactured a pair of runs to take the lead.

In the bottom of the fifth, Chris Prentiss hit a one-out double and Raul Hernandez brought him home with a single to tie the game. Jackson State reclaimed the lead as Chandler Dillard reached on an error and stole second before Culpepper singled to score Dillard.

In the top of the seventh, Christian Sanchez hit a two-out triple to try and kick off a TSU rally, but Culpepper made a diving snag of a potential line drive by O.J. Oloruntimilehin to end the inning with a 3-2 JSU lead, which held until Texas Southern’s late comeback.

Key Stats
– Texas Southern’s Alex Olguin pitched 10.1 innings, allowing 10 hits and striking out four. He threw 152 pitches in the win.
– Tyler Culpepper led JSU with a 2-for-4 day, driving in two runs.
– Becerra threw 7.2 innings for a no-decision, striking out 10 TSU hitters, one off his career high.
– Tyson Thompson and Ryan Diaz each had two hits and two runs scored for Texas Southern.

Isaiah Torres started it off for Grambling with a double to right, later scoring on a RBI single by Drexler Macaay, but Darrius Wright regrouped as the Alabama State fireballer picked up three strikeouts in the inning.

The Hornets responded as Yamil Pagan drew a leadoff walk, and Noel Cheneau and Santiago Garcia followed with a pair of singles, the latter scoring Pagan. Angel Jimenez followed with a RBI double, and he and Garcia scored on a mishandled grounder.

After Alabama State added another in the second, Grambling State’s offense batted around, forcing a pair of pitching changes during a 10-run explosion. After Wright began to struggle with pitch location. Torres and Jahmoi Percival drew walks, and Macaay brought them home with a two-run double. Macaay later scored on a wild pitch following a Garrett Smith single, and after the Tigers loaded the bases, Nick Wheeler cleared the bags with a two-strike double down the left field line. C.J. Mervilous scored Wheeler with a single up the middle.

The Tigers continued their offensive surge as Torres drew another free pass before he and Mervilous scored on a Jahmoi Percival triple. Macaay followed with a RBI single.

After Grambling State added a run in the top of the fifth, Alabama State showed some life with a solo shot by Chris Lewis and a two-run homer by Pagan. However, the Tigers responded as Percival tripled and Macaay plated him with a single. The Tigers cruised from there, forcing a rematch for Saturday at noon with the winner advancing to the tournament finals.

Key Stats
– Macaay and Wheeler combined for eight RBIs on eight hits, with Macaay going 5-for-5.
– Lewis was 4-for-4, falling a triple shy of the cycle.
– Grambling State stranded nine runners on base.
– Wright suffered the loss, being charged with seven runs over 2.1 innings.

NEW ORLEANS – Texas Southern overcame an early three-run deficit to defeat Southern 8-6 in the 2019 SWAC Baseball Tournament. The win means that the Tigers and Jaguars will face off once again tomorrow for a spot in the finals.

After Texas Southern scrapped together a run via a O.J. Oloruntimilehin RBI sacrifice fly to open the game, Southern responded as Johnny Johnson delivered a one-out single and stole second. After moving to third on a wild pitch, Ashanti Wheatley brought Johnson home with a single to left.

Hunter David followed with a RBI single to score Wheatley, and Southern loaded the bases with two outs. There, Coby Taylor was hit by a pitch to bring in another run, and a wild pitch scored David.

Ryan Diaz answered for TSU in the second, driving in Jordan Hollins – who singled to lead off the inning – with a RBI single. In the third, Texas Southern continued to inch closer as the Tigers loaded the bases before Keanu Van Kuren scored Tyson Thompson with a RBI groundout that also resulted in a double play.

Texas Southern was unable to push another across, and Coby Taylor smacked a pitch over the right field wall to make it 5-3 in favor of Southern.

The Tigers continued to lurk, manufacturing another run in the top of the fifth. Southern threatened to create more breathing room but stranded runners at second and third. After Texas Southern’s Chris Suarez was hit by a pitch and Diaz laid down a bunt single, Thompson reached due to being hit by a pitch to load the bases and Christian Sanchez cashed in with a two-run single.

Oloruntimilehin reached via catcher’s interference, wiping out a Southern double play. Thompson then scored on a wild pitch.

With Aron Solis on in relief for the defending champions, Wheatley singled to lead off the bottom of the seventh and later scored during a fielder’s choice. Texas Southern got the run back after Sanchez singled, stole second and scored on an Oscar Ponce RBI single.

Javeyan Williams slapped a double to the right field wall to lead off the bottom of the eighth for the Jaguars, moving to third on a flyout to deep center. However, Solis kept the Jaguars off the board the rest of the way to set up the Saturday clash.

Key Stats
– Sanchez was 2-for-5 with two runs and a pair of RBIs.
– Solis collected a four-inning save, striking out four.
– The teams combined for 20 hits and 21 runners stranded.