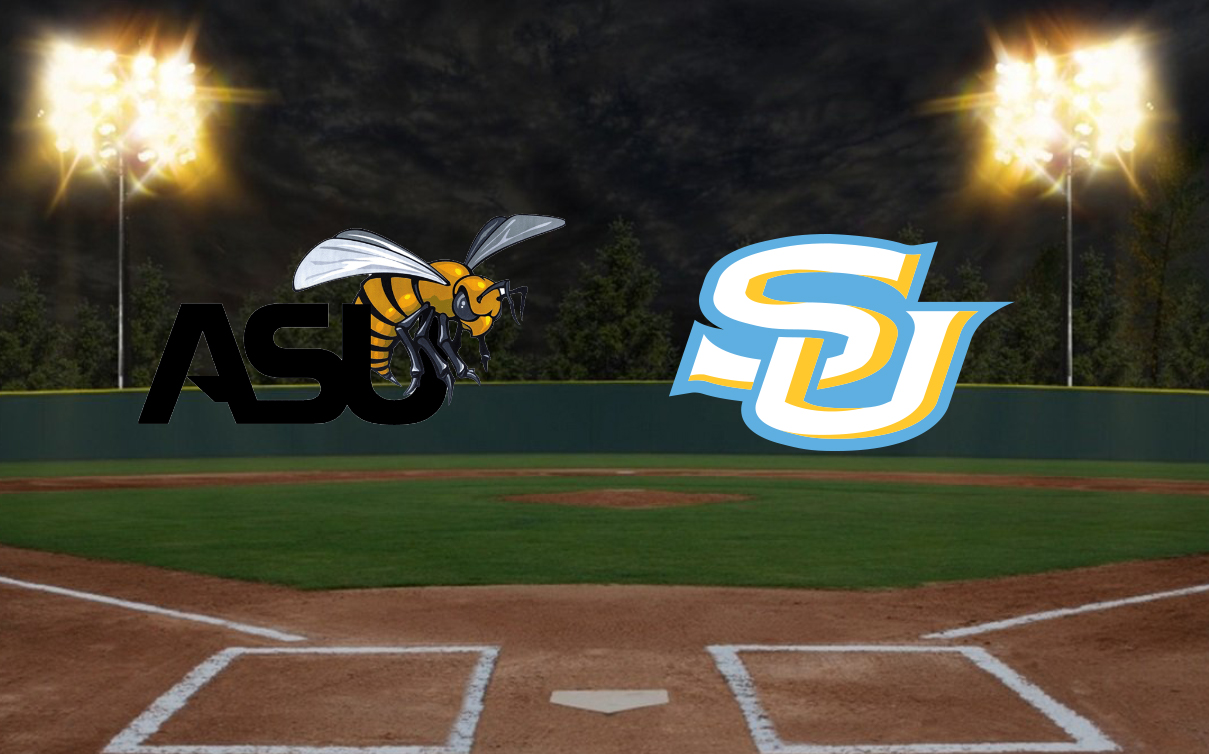 Southern upends the defending champs to face the Hornets.

Alabama State struck first when Noel Cheneau hit a one-out triple, later scoring on a Santiago Garcia double. Angel Jimenez singled to get runners at the corners, but Cameron Hearn grounded out to end the threat.

Grambling State responded in the top of the second when Trevin Bolden singled back to the mound, moving to second on a passed ball. Ian Bailey singled him home to tie the game. C.J. Mervilus gave the Tigers a chance to add to its tally with a double in the top of the third, eventually moving to third. However, Alabama State starter Terrell McCall ensured the runner was stranded, striking out Isaiah Torres and Drexler Macaay before forcing an inning-ending groundout.

The Hornets managed a threat with back-to-back one-out singles by Cheneau and Garcia, but Macaay picked off Garcia before Grambling State’s Jason Alvarez struck out Eriq White to end the frame.

The sides traded scoreless innings until the bottom of the fifth, where the Hornets put together a three-run rally. Cristopher DeGuzman hit a one-out double to start things off, scoring on a Garcia single. After a single by White, Jimenez brought both home with a two-run double.

The Hornets added another run for insurance in the seventh. Bailey smacked one out of the yard in the eighth to inch the Tigers closer. In the top of the ninth, Macaay drew a walk and Jahmoi Percival singled to bring the tying run to the plate in Bolden. However, ASU reliever Jeremy Rivera forced Bolden to ground into a double play and retired Jalin McMillian to send the Hornets to the finals.

Down 6-1 entering the bottom of the fifth, the Jaguars responded with a three-run rally sparked by a two-run single from Tyler LaPorte, who scored on a Johnny Johnson single. In the bottom of the sixth, Southern’s Hampton Hudson slapped a triple to deep right, later scoring on a Coby Taylor single. Javeyan Williams followed with a single, and LaPorte scored Taylor with a blooper to left.

After David was hit by a pitch, Blaise smacked a double to get the Jaguars another scoring chance. Following a brief rain delay, Hudson put the Jaguars ahead after scoring David on a sac fly.

Jaguars closer Connor Whalen then came on for a two-inning save, shutting the door on the Tigers’ attempt at a comeback.

After Texas Southern manufactured a run in the top of the second, Hunter David and Malik Blaise each drew free passes, moving to second and third after a groundout. Hampton Hudson scored David on a RBI sac fly to tie the game.

In the fourth, Southern starter Justin Freeman lost command of the strike zone, and Texas Southern capitalized. After the Tigers pushed across a run on a pair of Southern errors and Chrisitan Sanchez drew a walk, O.J. Oloruntimilehin and Keanu Van Kuren both singled, with the latter driving in another run while loading the bases.

Two more runs came across after a hit batsmen and a bases-loaded walk, and Jordan Hollins singled home another Tigers score, prior to the Jaguars’ comeback.

Key Stats
– Southern returns to the finals for the first time since 2015.
– LaPorte, Williams and Johnny Johnson each had two hits, with LaPorte driving in three runs.
– Oloruntimilehin led TSU with a 3-for-5 effort at the plate.

410
The Latest in HBCU Sports and Culture