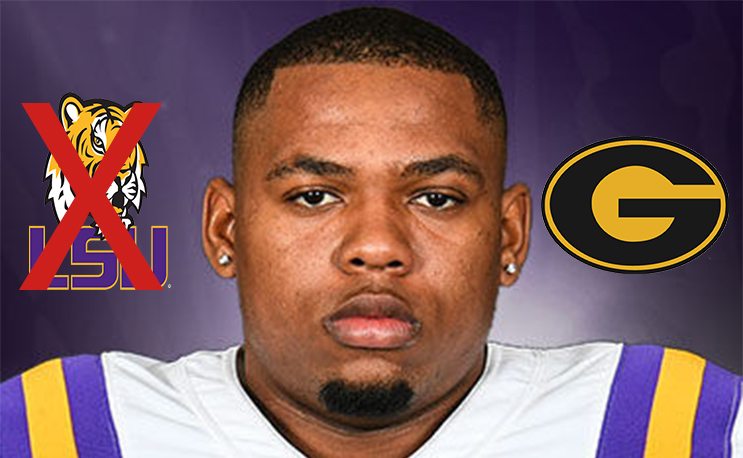 Talented two-way star Dantrieze Scott from Louisiana is taking his talents to the SWAC after starting at the SEC.

Grambling got a visit from an SEC coach this week, but it also got a commitment that will last much longer than Nick Saban’s visit.

Former LSU outside linebacker and tight end Dantrieze Scott has signed with GSU. His versatility is what drew Grambling to him while playing time and comfort made the HBCU the right place for him.

“I’m trying to get on the field right now,” Scott told the News-Star. “And they made me feel at home when I went up there.”

At 6’5, 229 pounds, Scott is a talented athlete that can play on both sides of the ball. He was highly regarded coming out of high school, ranked as the 95th best athlete in the country by ESPN coming out of Ferriday High School.

Scott had interest from FBS programs like Memphis, as well as GSU’s SWAC West rivals Southern and Prairie View. But ultimately, he decided that Northern Louisiana was the best fit for him.

“To me, it’s nothing. When you look at a school like LSU and then a school like Grambling, maybe it’s a school with a little bit more money,” he said. “But playing football, it’s really the same thing.”

His high school coach said he plays “balls to the wall.”

And he has four years of eligibility at GSU.