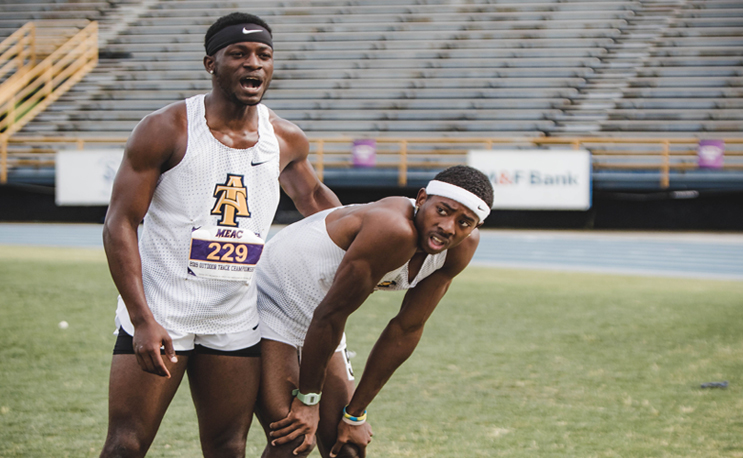 North Carolina A&T State also swept the season – winning the MEAC titles in men’s cross country, indoor track & field and outdoor track & field. They are the first MEAC program to accomplish that feat since the Hampton women did it in 2011-12.

Trevor Stewart ran an NCAA-best 44.38 in winning gold in the 400 meters, which was the story of the day for the Aggies – who between field and running events took eight gold medals on Saturday alone. Rodney Rowe also shined, running a 20.12 – the second-fastest time in the NCAA – to take the 200 meters.

Rowe also won the 100 meters in 10.05, storming past Coppin State’s Joseph Amoah at the line and posting the NCAA’s fourth-fastest time.

The Aggies also took gold in the 4×400-meter relay, ending the day on a high note after running a 3:09.51. For North Carolina A&T State, which came into Saturday trailing Bethune-Cookman in the team standings, it was the punctuation of an impressive team-wide effort.

The top three finishers in each event earned All-MEAC honors.