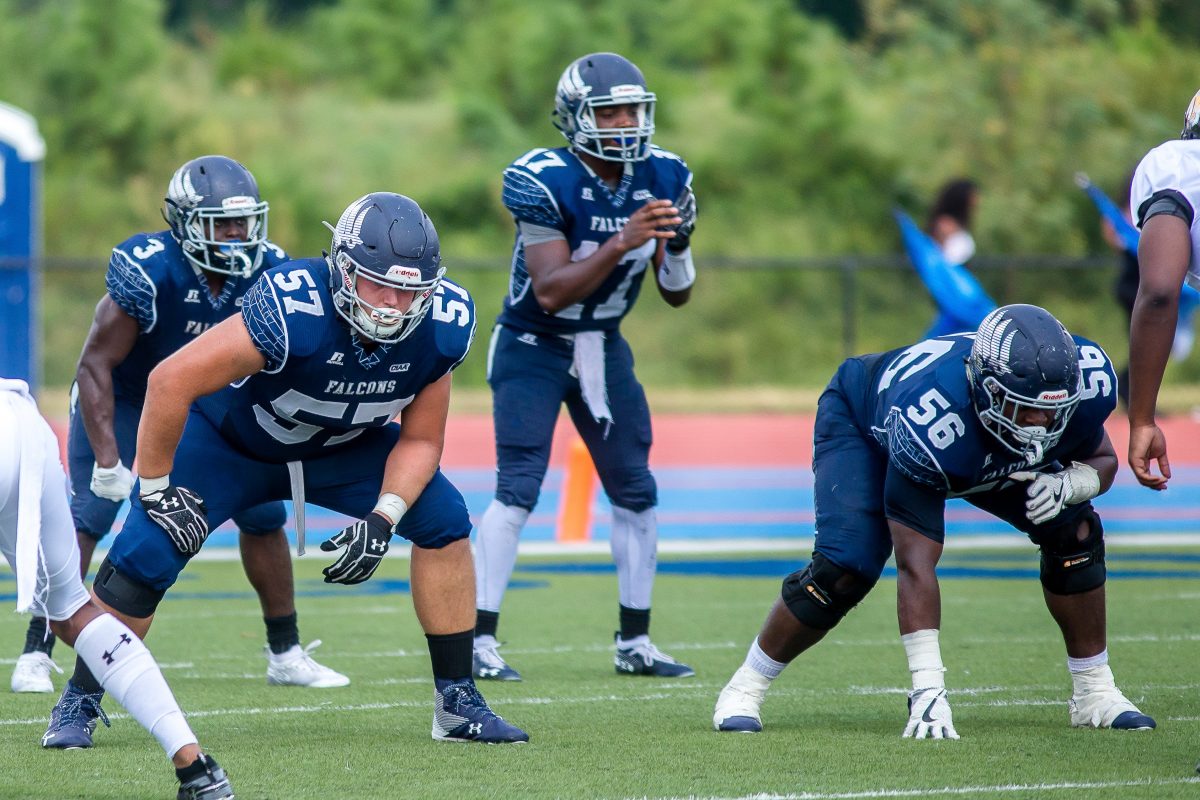 Northern Division contender Virginia State University comes to the George Williams Athletic Complex for the Falcons’ home opener on Sept. 21. Both teams were scheduled to play on the Falcons’ campus last season but the game was canceled due to Hurricane Florence. The contest is a non-conference affair between the CIAA teams.

The homecoming contest against Johnson C. Smith University is Nov. 2. The Falcons are looking to avenge last season’s 31-3 defeat in Charlotte, N.C., on the Golden Bulls’ Homecoming Day.

The season-ending game against crosstown rival Shaw University is set for Nov. 9 at an undetermined site. The Falcons will attempt to regain the Raleigh Classic Trophy after falling to the Bears 27-10 at home in 2018.

Shaw is one of six away games for the Falcons, who open the regular season against defending South Atlantic Conference (SAC) champion Lenoir-Rhyne University in Hickory, N.C., on Sept. 7. The following week, the Falcons visit Mars Hill University, another SAC team, in Mars Hill, N.C., on Sept. 14.

On Sept. 28, the Falcons travel to Bowie State University in Bowie, Md., in the CIAA opener. In 2018, the Bulldogs visited the Falcons and came away with a 32-22 win.

Below is the 2019 SAU schedule including times. The Falcons are looking to rebound from last season’s 2-4 conference mark in the Southern Division and 2-7 overall record.

TBA – To Be Announced