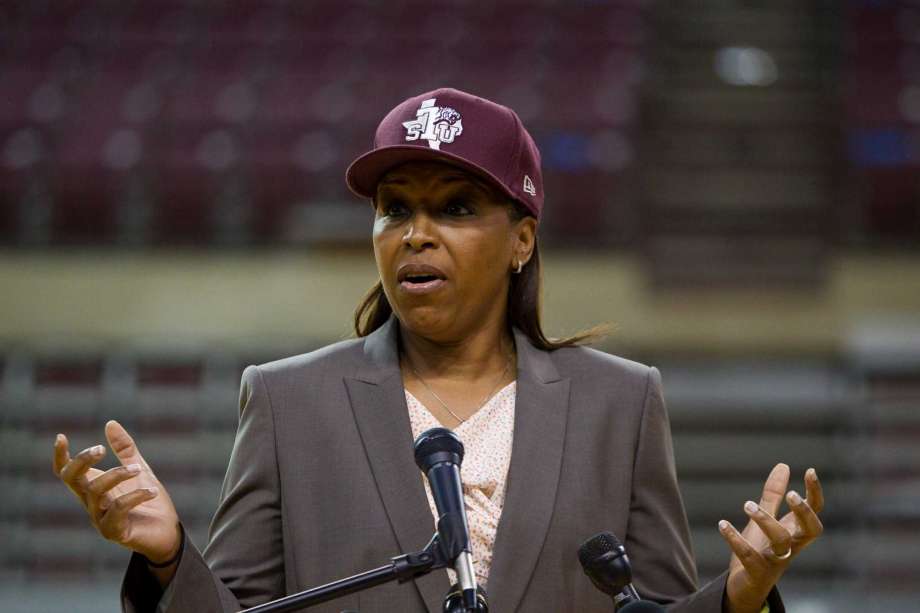 The former Texas Southern coach is interested in another shot

On Friday, Texas Southern announced Johnetta Hayes would be leaving the university. Almost instantaneously, names began to surface, one being former head coach Cynthia Cooper-Dyke, who Hayes took over for in 2013. According to Fox Houston’s Mark Berman, Dyke expressed interest in the position.

Why the move makes sense

Cynthia Cooper-Dyke is responsible for turning around the Lady Tigers dormant program in the 2012-2013 season. She led them to an overall 20-12 record and the programs first regular season title. Prior to her arrival Texas Southern finished with a dismal 5-26 record.

Unfortunately, for Texas Southern, her success in the fast lane garnered her big school attention. In 2013, these sentiments were echoed by former Athletic Director Charles McClelland.

“We wanted her to turn the TSU women’s basketball program into a winner, keep players on track to graduate, and bring in quality recruits.”Unfortunately for us, she did it all in one year.”

Coach Cooper-Dyke left Texas Southern after one year, because of a once in a lifetime opportunity to coach her alma mater USC.

Cooper-Dykes essentially never stopped supporting the program. She continued to show her support for the program and former protege Johnetta Hayes. She showed up at regular season games and SWAC tournament games. After resigning from USC in 2017, Cooper-Dyke even spent one season for Texas Southern as a color commentator on the AT&T sports network.

More importantly, will current AD Kevin Granger give the four-time WNBA champ another shot or will he seek out a new regime. One thing is for certain the clock is ticking!