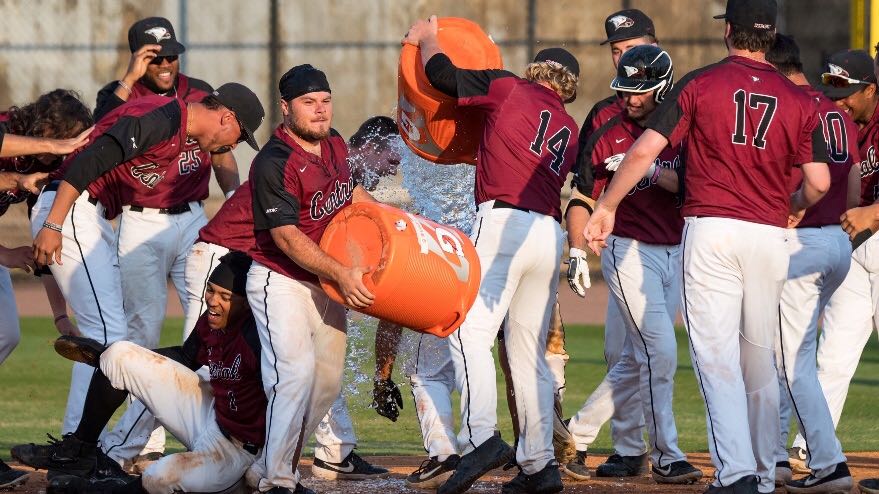 Eagles get a chance for a series sweep against FAMU.

DURHAM, N.C. – North Carolina Central University traded the lead multiple times in the late innings with Florida A&M but Vinny Bailey(Raleigh, N.C.) had the final word as he lifted a walk-off single to center field to give the Eagles a 9-8 win over the Rattlers on Saturday, March 30 at the Durham Athletic Park.

FAMU (11-18, 4-4 MEAC) put its first run on the board in the top of the third on a groundout, and Corey Joyce (Lexington, N.C.) immediately responded with a towering solo blast deep to center field to make the score 4-1.

From that point the Rattlers moved their way back into the game with two runs in the top of the fifth to trim the lead to just one run, but the Eagles again responded with a run of their own in the sixth on a sacrifice fly from Timmy Fischvogt (Kernersville, N.C.) to keep the home side ahead by two, 5-3.

The game really kicked into high gear starting in the top of the seventh inning as FAMU rallied to take the lead for the first time in the contest with three runs, including a home run tucked inside the right field foul pole from Tucker Rayburn (Minneola, Fla.) to help the Rattlers move ahead, 6-5.  Williams promptly sent the Eagles back in front in the latter half of the frame as he lifted a two-run shot to right field to move the maroon and gray into the lead, 7-6.

FAMU again put up a pair of runs in the top of the eighth with singles from Octavien Moyer (Navarre, Fla.) and Jared Weber (Wakulla, Fla.) to give the Rattlers an 8-7 lead, and then they kept the Eagles off the board to send the game to its final frame with a one-run advantage.

The Eagles fought to the bitter and strung together a rally that started with a walk from Caleb Coyle (Wake Forest, N.C.) and then a single from Joyce.  After that Williams waited patiently to load the bases on a walk, and then a hit batter brought home the tying run with the game still tied.  Bailey capped the comeback with a deep single to center field to bring home Joyce as the winning run, giving the Eagles a 9-8 win and a series win as well.

Austin Vernon (Raleigh, N.C.) was the pitcher of record as he picked up his second win of the year for the Eagles, and Williams finished the day with two hits and three RBI.  Joyce collected two hits and touched home twice with his home run, and Fajardo and Fischvogt also knocked two hits.  Coyle touched home a game-best three times, including the tying mark in the bottom of the ninth.