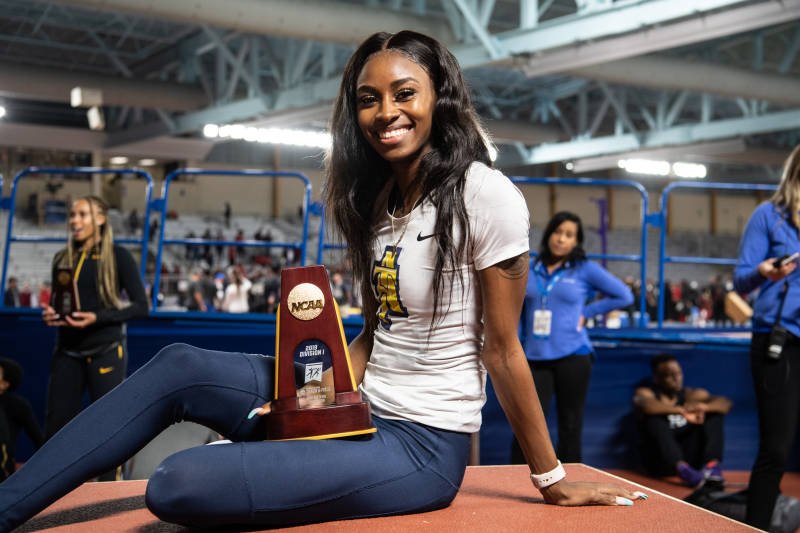 Track season has flipped from indoor to outdoor, but North Carolina A&T continues to roll behind Kayla White and others.

The Aggies came up with a world best time and two top NCAA times on Friday at the Florida Relays.

Sprinter Kayla White is currently the fastest woman in college track with a 100m time of 11.04. White made headlines last month when she set fastest time in the 200m and earlier this month she brought home the NCAA title in the event.

White now has company as a world leader as Aggie Trevor Stewart clocked in at 45.18 seconds in the 400m in his first heat for the day.

Rounding out the Aggie trio was Akeem Sirleef, who ran a 20.5 in the 200 meters. That time was good for the best in the NCAA. Teammate Rodney Rowe wasn’t far behind, placing third with a 20.6.

The Aggies swept both the men’s and women’s indoor track titles in the MEAC this winter. With performances like Friday afternoon’s, it will likely be the odds on favorite to do the same in the outdoor season as well.