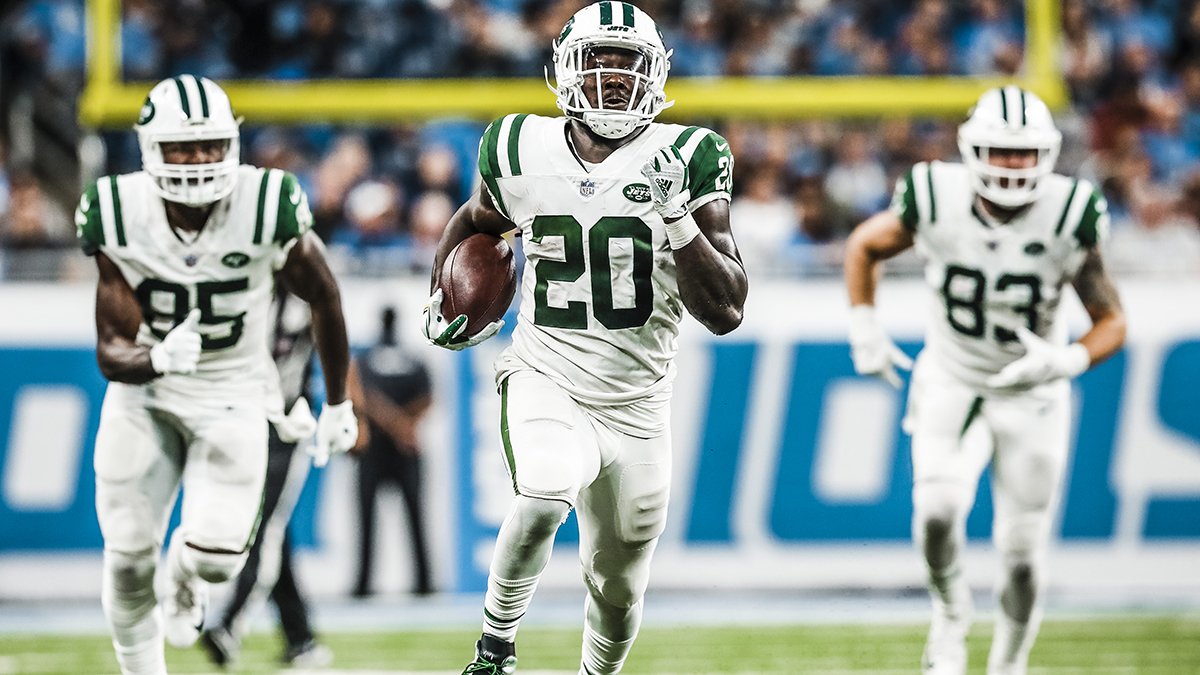 Former Alabama State star Isaiah Crowell is moving on from the New York Jets, which could open doors for another HBCU back in NYC.

The next chapter of Isaiah Crowell’s pro career will be written on the West Coast.

The former Alabama State star has signed with the Oakland Raiders, according to the NFL Network.

The #Raiders have reached a 1-year agreement with RB Isaiah Crowell worth up to $2.5M, source said.

Crowell spent last season with the New York Jets, leading the team in rushing with 685 yards in 13 games before a knee injury ended his tenure there. He also added six rushing touchdowns and averaged 4.8 yards per carry.

He came to New York after spending the first four years of his career in Cleveland. Crowell has rushed for 3,803 yards and 27 touchdowns with 880 attempts, putting together a solid career after going undrafted in 2013.

His departure from New York may mean more carries for former Virginia State running back Trenton Cannon. The seventh round pick in the 2018 draft carried the ball just 38 times last season. Moving to the Raiders means he will run behind former North Carolina A&T offensive tackle Brandon Parker, who completed his first year in the NFL last season.