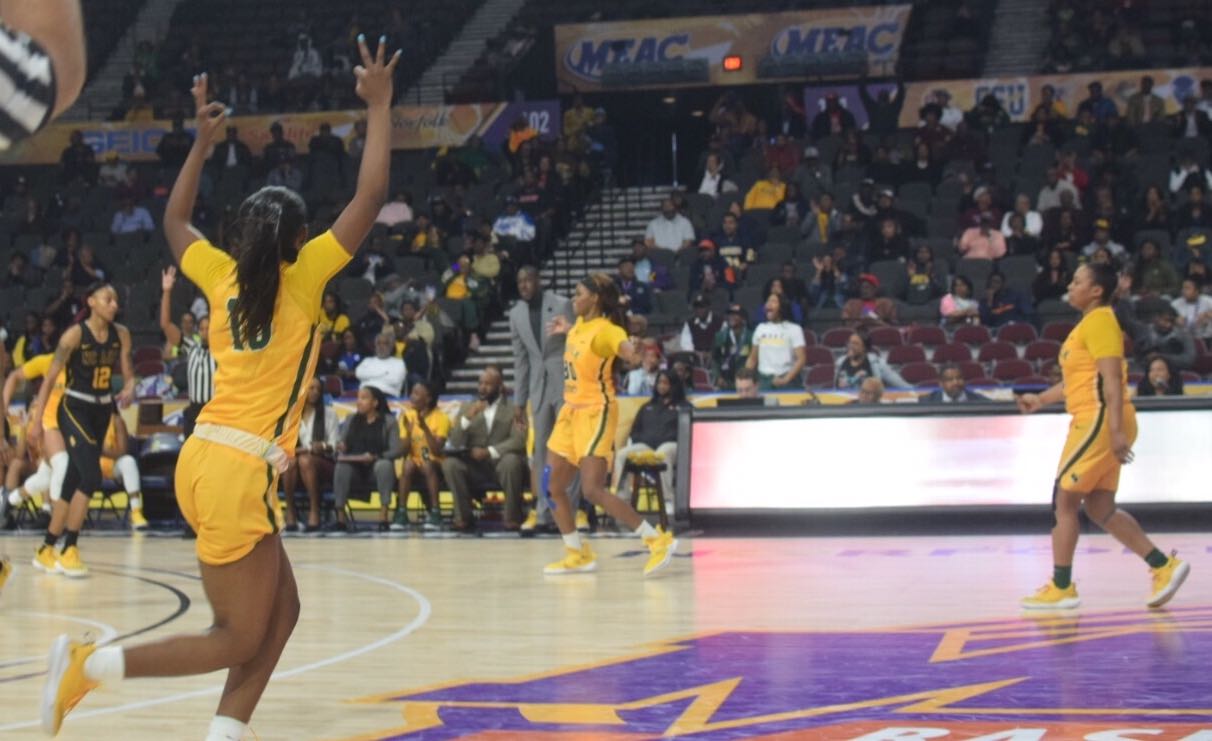 Norfolk State came out with the upset and defeated North Carolina A&T in the MEAC women’s Semifinals on Friday afternoon.

March Madness has hit the MEAC Tournament, on the women’s side.

LeDeja James led the way for NSU with 18 points as it ended A&T’s 28-game MEAC winning streak.A&T came into Norfolk with a championship mandate. It came into Friday having not lost a game against a conference opponent since the 2018 regular season. NSU head coach Larry Vickers was well-aware of the streak, and how his team matched up against A&T. He said he went and counted them, including the two over NSU.

“We knew what our issues were. We knew that they were a great defensive ball club. I think they’re giving up a little bit under 50 points per game. We knew if we got stops, if we consistently got stops, we had a great chance to win.”

Now Norfolk State will make its first appearance in the MEAC title game since 2005 and will hope to bring its second MEAC women’s basketball title home. A&T will have to settle for the WNIT.