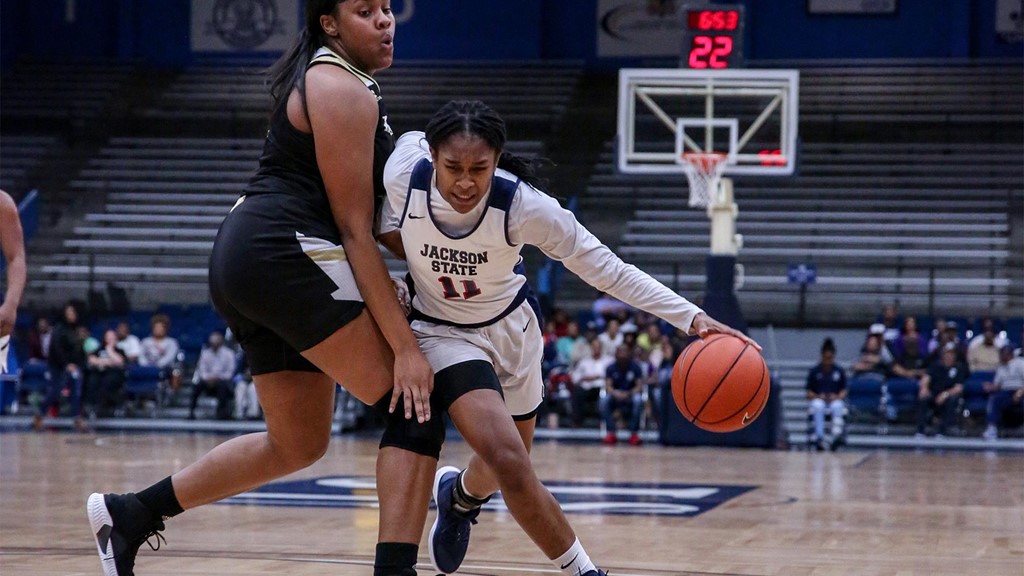 Four SWAC women’s teams advanced to face-off in the 2019 conference tourney on Friday at Bill Harris Arena in Birmingham, Alabama.

The 2019 Toyota SWAC Quarterfinals came to a close on Tuesday night. Four teams advanced to the Semifinals to continue the fight for the conference crown. The semifinals will take place Friday, March 15 at Bill Harris Arena in Birmingham, Alabama.

Number one seed Southern punched into the semifinals with a 51-44 win over eighth seed Mississippi Valley State on Tuesday. MVSU recovered from a ten point trail midway through the third quarter and took a lead with two minutes left in regulation, but could not close it out against the top dogs. SU’s Brittany Rose led the Lady Jaguars with 14 points off the bench. Erin Smith led MVSU with 11 points. The Lady Jaguars advance to face fourth seed Grambling State in the semifinals.

Grambling advanced topping fifth seed Texas Southern, 72-61. TXSU got within two points of Grambling with 9:09 remaining, but a 12-4 run from the Lady Tigers re-widened the trail and sealed the victory. Grambling’s Shakyla Hill led all scorers with a 22 point, 10 rebound double-double. Niya Mitch of TXSU also put up a double-double with 17 points and 14 rebounds. Grambling will face top seed Southern in the semifinals.

PVAMU comes back on AAMU

Third seed Jackson State advances with a 75-59 win over sixth seed Alabama State. ASU tied at the end of the first quarter and played a strong first half, but fell short to a strong JSU fourth quarter push. Christina Ellis of JSU led all scorers with 35 points and six steals. Jayla Crowford led ASU with 22 points. ASU will now face PVAMU in the semifinals.

All women’s semifinal games will be streamed on ESPN3 and available on the ESPN app.