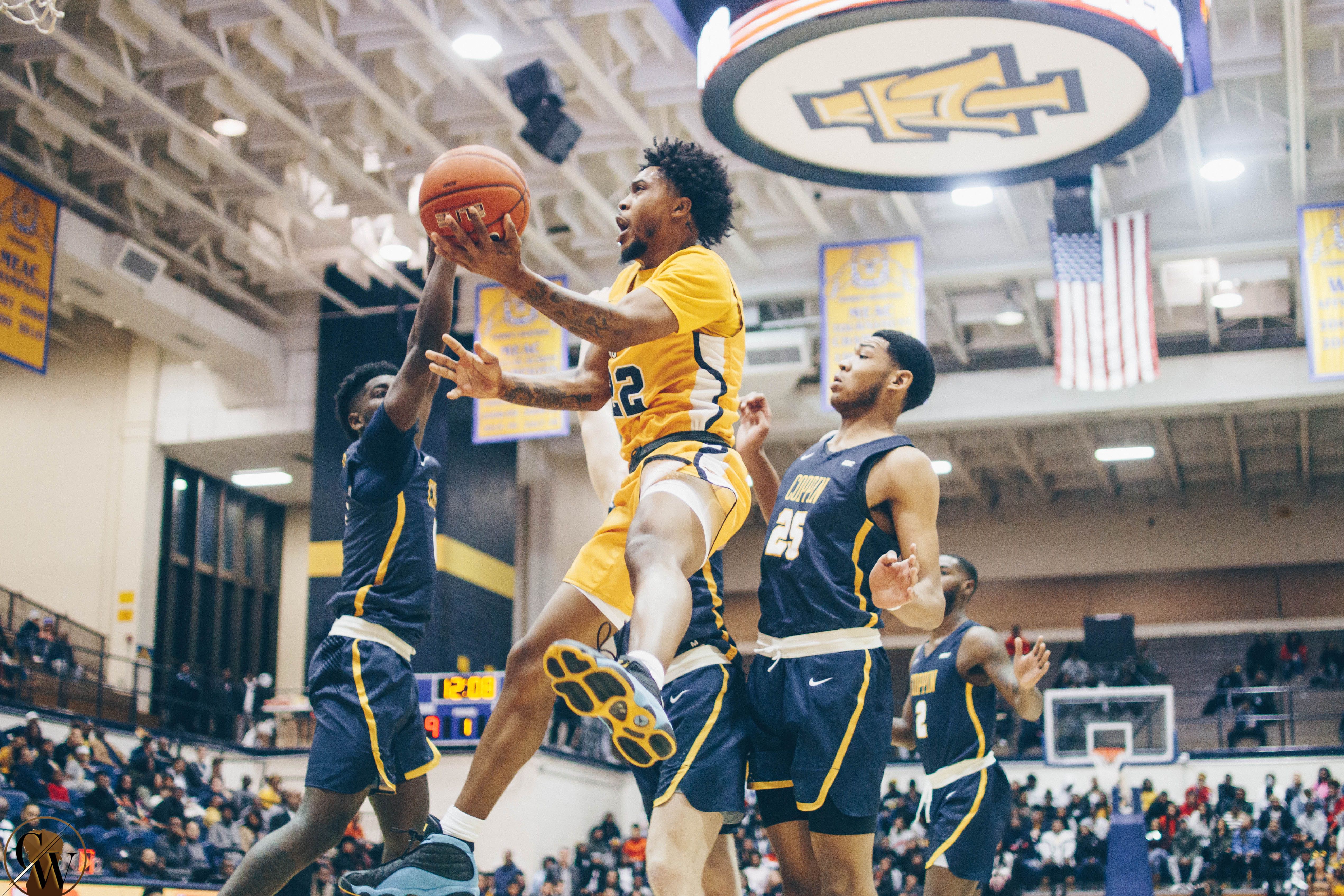 After two days of play, the top dogs are ready to play. In the MEAC Quarterfinals, top-seeded Norfolk State Spartans will face South Carolina State. Meanwhile, for the second-seeded North Carolina A&T Aggies, they will clash against Coppin State.

To get to this point, Coppin State had to fend off Morgan State for the third time this season. The Eagles sent their rivals home packing in both the Women’s and Men’s tournament. South Carolina State’s win ended the career of All-time MEAC three-point record holder Ryan Andino.

As the tournament moves on, Norfolk State and North Carolina A&T will be looking to avoid an early exit.

As mentioned before, Ryan Andino’s underrated MEAC career was ended last night. His three-point shot is lethal, which ranks him as number one in three-pointers made in MEAC history. History was not on his side last night as he went 3 for 16 from the three-point line. The Bulldogs held to Hawks to 36% shooting and only sent them to the free throw line ten times.

It was a good win, but a bigger challenge lies ahead for the Bulldogs. Norfolk State has the 3rd best scoring offense in the conference and the best three-point offense. The Spartans have made 65 more threes than the next school within the MEAC rankings (FAMU). The Bulldogs rank second to last in three-point defense as well. But it’s just more than the three ball, SC State will have to deal with a physical and a well-coached Spartans squad.

On January 21st, these two teams met and the Spartan’s bench pushed them to a win that was early in MEAC play. Damani Applewhite was held to only 5 points as his team could not handle the depth that the Spartans provided. Things have changed since then but anything can happen in the Norfolk Scope. NSU is 6-0 against SCSU since the 2016-17 season.

It’s been since the early 2000’s that Coppin State has had a winning streak that lasted longer than two games over Morgan State. Well, it has happened again as the Eagles defeated the Bears last night. Dejuan Clayton shredded the Bears defense, ending up on the free throw line 15 times in the contest. The Bears lack of size and accurate shot making singled their exit from the MEAC tournament.

North Carolina A&T is next for the Eagles. The Aggies took home a nine-point victory over the Eagles early this season. They have been on a major hot streak as of late coming into the tournament. They ended the season 7-1 in their last eight games. With their last two wins being blowouts. Their last win was most impressive. The Aggies defeated NC Central by 22 points. That’s the biggest margin of victory by the Aggies over the Eagles since 1974.

What’s dangerous about this Aggies team is their defense and ability to keep the ball. They are third in turnover margin and total defense within the league. Due to this, the ball is mostly in their hands for a lot of games. To keep things close, Coppin State will need to shoot well and limit their turnovers.