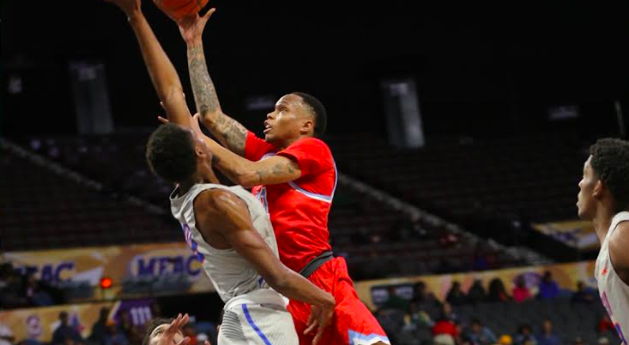 Delaware State walked into the Norfolk Scope as the lowest seed in the MEAC tournament. After completing the regular season tied for their worst MEAC conference record since the , the Hornets were looking to make some magic. Meanwhile, its Savannah State’s MEAC Swan Song as it plays its last games in the conference.

Well, a chapter in conference history is done and some magic is now brewing in Norfolk. In an upset, Delaware State defeated Savannah State, 71-67.

Coach Eric Skeeters gameplan shocked the Tigers. The Hornets once held a 17 point lead in the 2nd half, the biggest of the game. The Tigers fought back but their late efforts were not enough. Kevin Larkin had another great performance. The third team All-MEAC selection scored 19 points in the win. Saleik Edward stepped up big with 17 points for the Hornets. Zaquavian Smith and Tyrell Harper both scored 15 points for the Tigers.

The win moved the 6-24 Hornets into Thursday’s quarterfinal against third-seeded North Carolina Central at 6 p.m. Savannah State ends its final year in the MEAC at 11-20.