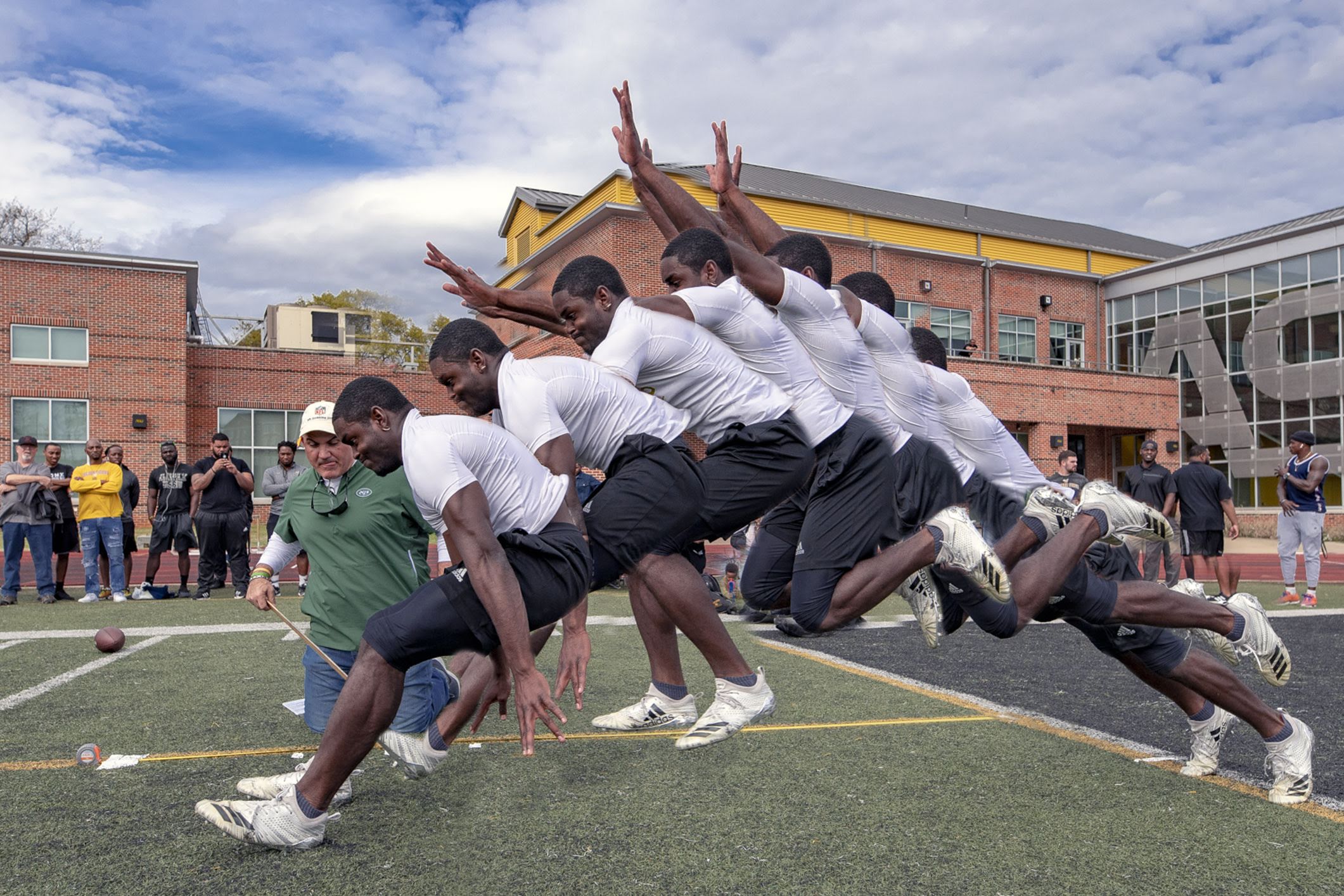 The Hornets showcased current and former players on Friday for NFL scouts.

Alabama State hosted its annual Pro Day event at the ASU Football Complex on Friday with all eyes there to see Tytus Howard. It was with that knowledge that Howard chose to work out at his home facility. He knew that was also a chance for scouts to place eyes on his teammates and even some rivals.

The Hornets off course sent several student-athletes to the field and weight room for the showcase including Kurron Ramsey, Dennis Roberts IV, Ishmael Aurismond and Howard. Also, players from Tuskegee and Alabama A&M were able to show their best as well in Montgomery. The Hornets even brought back some former players still looking for a shot at professional football.

Howard’s stock as an offensive lineman has been on the rise. He’s being mentioned as a late first day and possible early second-day selection.

Since 1959, Alabama State has had 21 players selected in the NFL Draft including Jylan Ware back in 2017 as the seventh round selection of the Oakland Raiders. The highest draft to come out of Alabama State was Curtis Green – one of four selections – in the 1981 draft to the Detroit Lions with the 46th overall selection. The other three selections include Lester Sims (52nd overall – 1972), Eddie Robinson, Jr. (50th overall – 1992) and Tarvaris Jackson (64th overall – 2006).