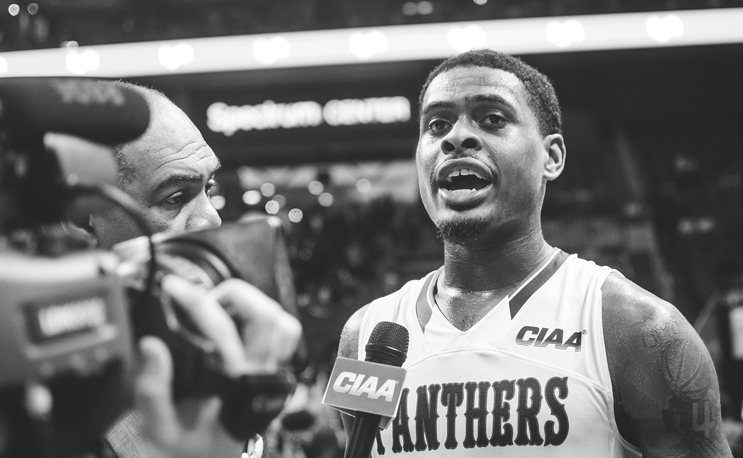 Charlotte, NC (February 28, 2019) – The Johnson C. Smith men’s basketball team’s dream run at the Central Intercollegiate Athletic Association (CIAA) Basketball Tournament has come to an end as the Virginia Union Panthers held off two second half rallies by the Golden Bulls to earn a 78-71 victory.

The Panthers (19-10), the #2 seed from the North Division, will advance to the CIAA Tournament semi-finals on Friday, March 1, where they will play the top seed from the South Division, Shaw University.  The game will tip off at 9:00 p.m. and will be broadcast on the Aspire TV Network.

JCSU’s Roddric Ross put the team on his shoulders to buoy the Golden Bulls comeback, scoring 26 of his season-high 39 points in the second half.  Cayse Minor contributed 14 points.