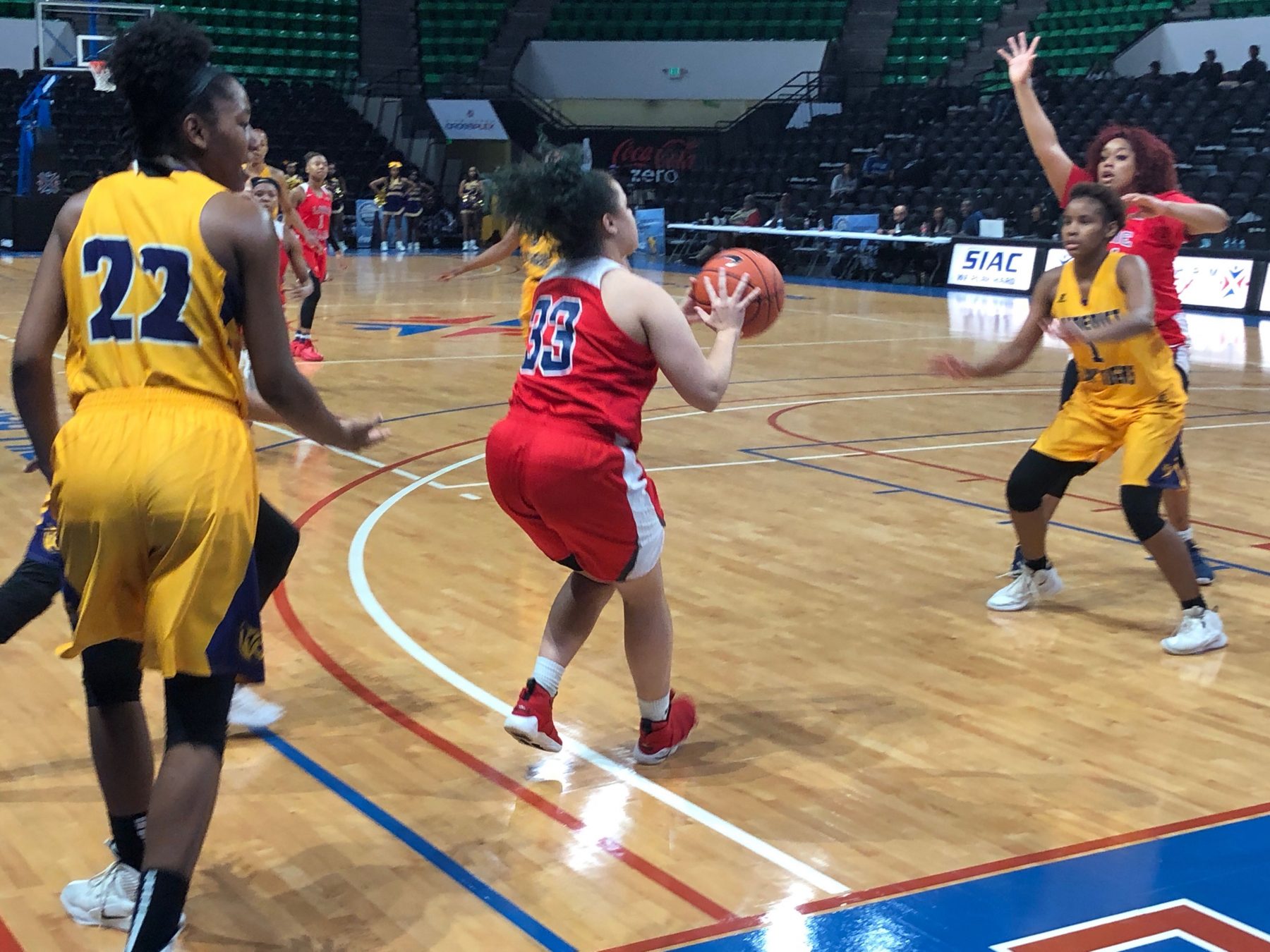 Hard to imagine, but two no. 1 seeds fall in back to back games.

Birmingham, AL–Two of the no. 1 seeds at the SIAC tournament simply couldn’t get over the hump on Wednesday at the Bill Harris Arena.

The Benedict women went unbeaten for the entirety of SIAC conference play only to go winless in the tournament.

The Lady Dragons won in convincing fashion 74-61, controlling the game from the very beginning. Lane was led by Antrice McCoy who chipped in 21 points and the Lady Dragons enjoyed a lead as high as 16 points in the final ten minutes of play.  They advance to the semifinals, which could be a first in the program’s history. Lane awaits the winner of LeMoyne-Owen and Central State who face off against one another on Thursday.

Upset fever was contagious because in the very next game the Paine men knocked off no. 1 seed Morehouse in quarterfinal play.

The Lions took control of the game early leading 30-22 at halftime. Morehouse exerted itself to start the second half with a fiery 13-0 run, but Paine didn’t lose its composure. The Lions outscored Morehouse 23-14 to close out the game and get a huge win for its program.