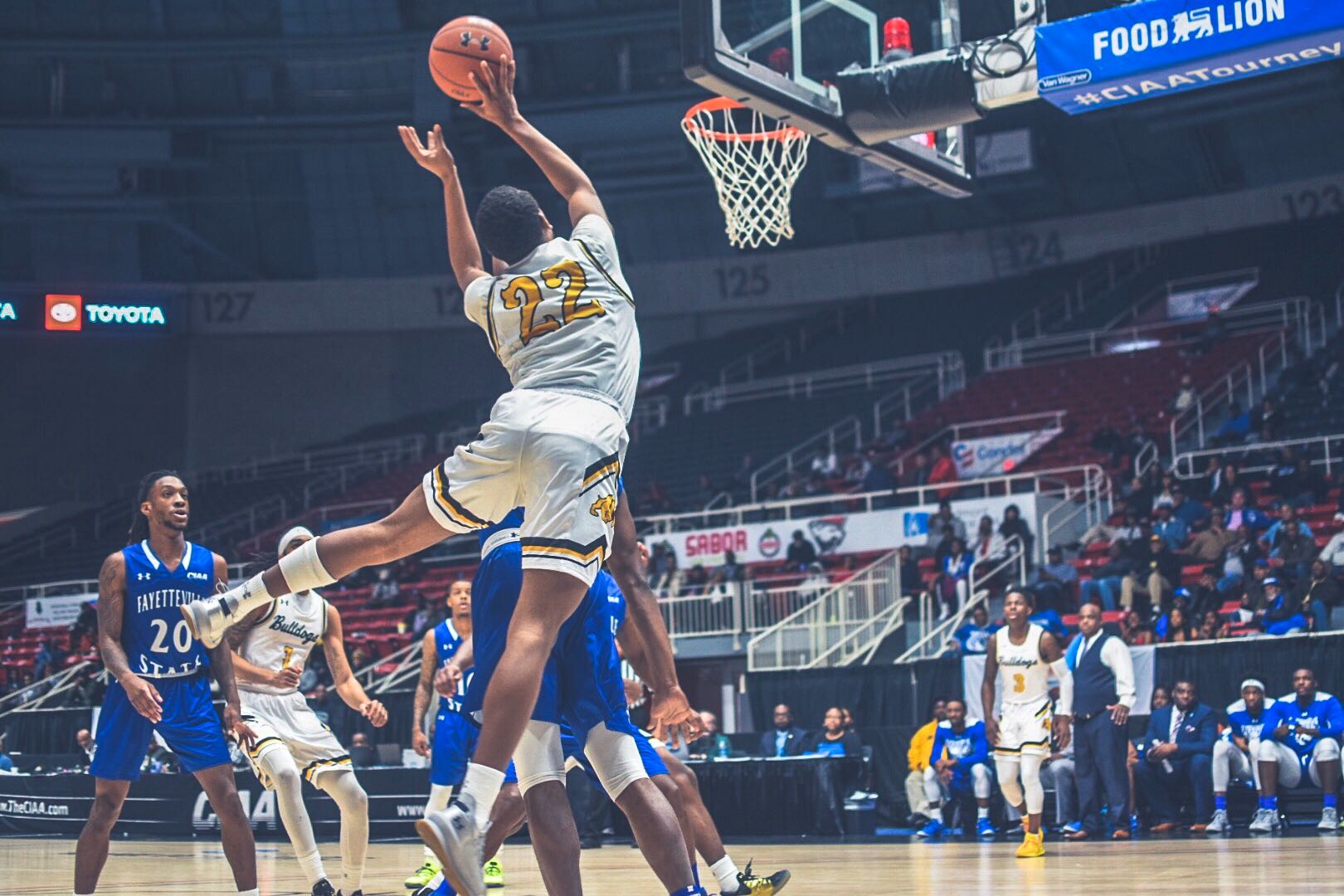 The men’s quarterfinals kicked off for the 2019 CIAA Tournament on Wednesday. Two games decided who will keep fighting for a semifinals spot on Thursday.

Wednesday ignited four men’s quarterfinals games in the CIAA tournament. The first two games of the day determined who will fight again on Thursday against the second seeds in the Northern and Southern divisions.

Claflin and JCSU stayed neck-and-neck in the first half, sending JCSU into halftime narrowly trailing 36-35. The score ping-ponged through the start of the second half and a pair of free throws gave Claflin the 48-47 lead with 13:30 remaining. JCSU went on a 20-7 run to take a 12-point lead with just under six minutes left, but Claflin wasn’t done. They responded with a 17-4 run to take back the lead from JCSU by one point with less than a minute remaining in regulation. JCSU went one of two from the free throw line to send the game to overtime.

The point margin remained close in overtime; the biggest lead was Claflin up 78-75 with 2:40 remaining. The teams gridlocked at 80 points for the final 40 seconds, until it happened. Cayse Minor of JCSU called game with a three-point buzzer beater to give the Golden Bulls the 83-80 overtime victory. JCSU’s Roddric Ross led in scoring with 25 points and 11 rebounds, followed by 16 points from Minor.

JCSU advances to the second round of the quarterfinals and face Virginia Union, the second seed in the north on Thursday, February 28. When the two met in the regular season, JCSU fell 79-65 to VUU on December 17. The rematch is scheduled to tip-off at 7 PM in Spectrum Center.

Bowie State and Fayetteville State faced off right after and the battle went in favor of the Bulldogs, 77-55.

BSU started hot with a 19-9 run capped by a Cameron Hayes three-pointer with 13:06 left in the first half. A 12-5 run and defensive step up from FSU closed the gap to 24-21 with just over six minutes left, but the Bulldogs reignited and went into halftime with the 41-26 lead. FSU came out the half and cut the trail to 12 points with 12:13 remaining in regulation, but could not get any closer. BSU dominated the last ten minutes of regulation taking a 28-point lead, its biggest of the night, with 2:44 remaining in regulation. The Bulldogs walked away with the 77-55 win. Hayes led in scoring with 16 points off the bench.

Bowie State will face Livingstone, second seed in the CIAA South, on Thursday, February 28 in Spectrum Center. LC lost on the road to BSU 82-69 when the two last met on January 7. The second round quarterfinal match-up is scheduled to tip-off at 9 PM.