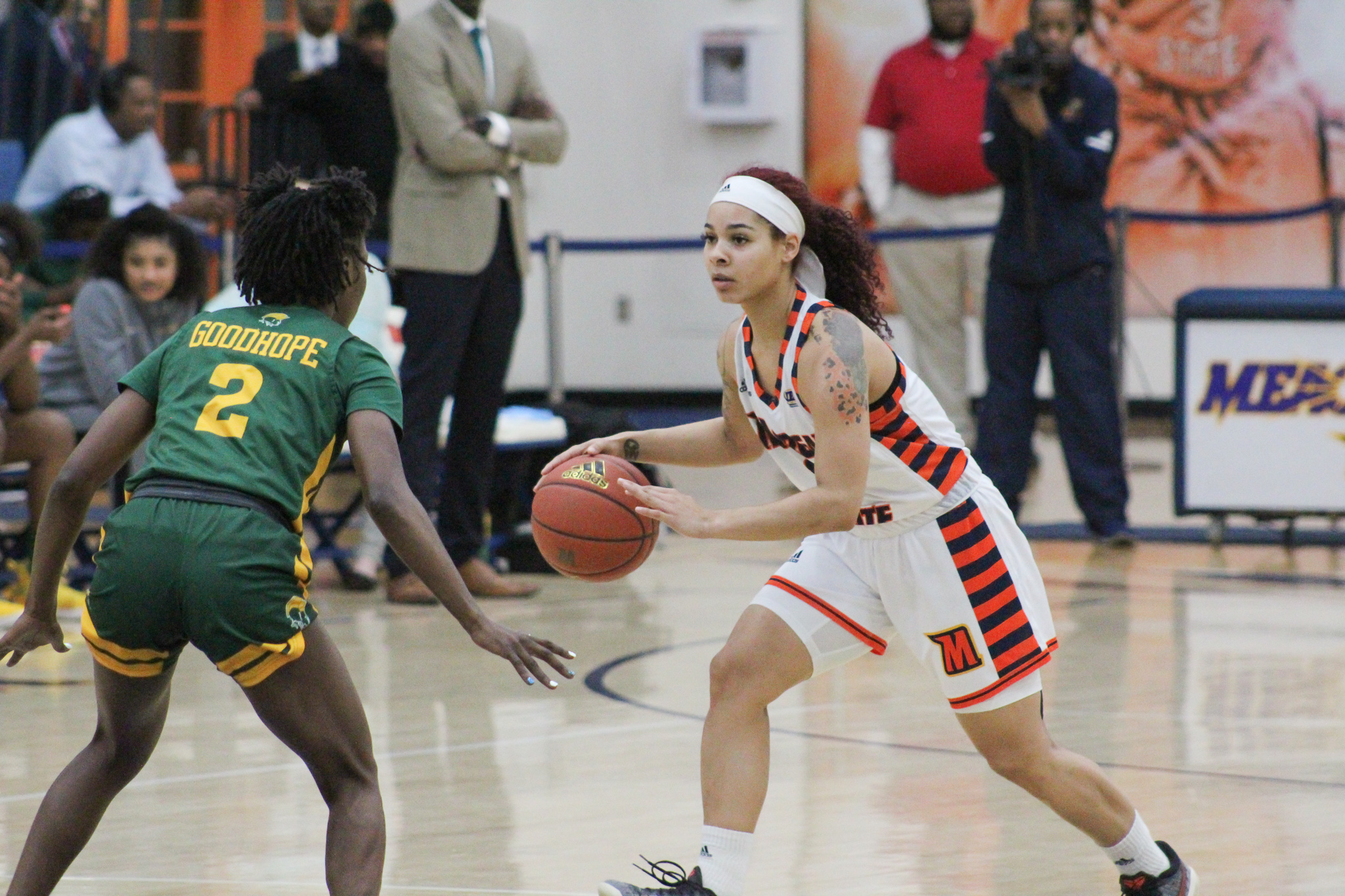 In the first part of a doubleheader in Hill Field House, Norfolk State and Morgan State faced off in a crucial conference matchup. The Lady Spartans are fighting for a top seed in the MEAC Tournament while the Lady Bears are trying to get a little higher as well.

The Lady Spartans handled business and now are tied for 3rd place in the MEAC after a dominating 64-49 win over the Lady Bears.

The tone was set by the Lady Spartans from the jump. They held the Lady Bears to only four points in the first quarter and then only seven points in the second period. Their 36 to 11 halftime lead was a shock to many as the shorthanded Bears could not stop anything.

The Lady Bears responded with 38 second-half points but their efforts were not enough to fend off the Lady Spartans. Raven Russell lead NSU in scoring. She scored 14 points, grabbing six rebounds in the process. Zairya West added 13 for the Spartans in the contest. Adre’onia quietly scored 20 points, carrying the load for Morgan who played seven players in total.

416
The Latest in HBCU Sports and Culture